The following audiobooks are available on Audible.

All audiobooks are also available as early releases to patrons.
Become a patron for as little as $1 per month. 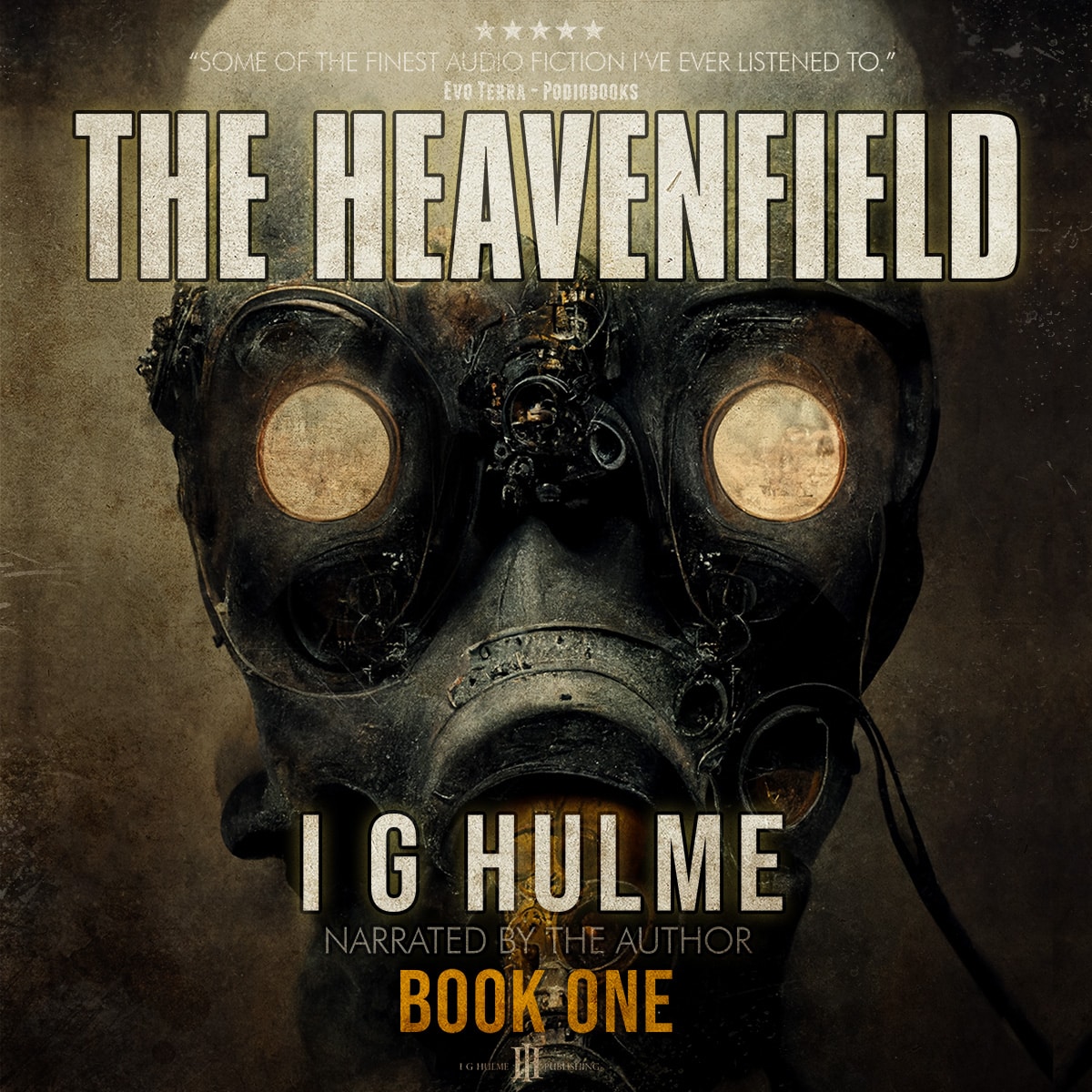 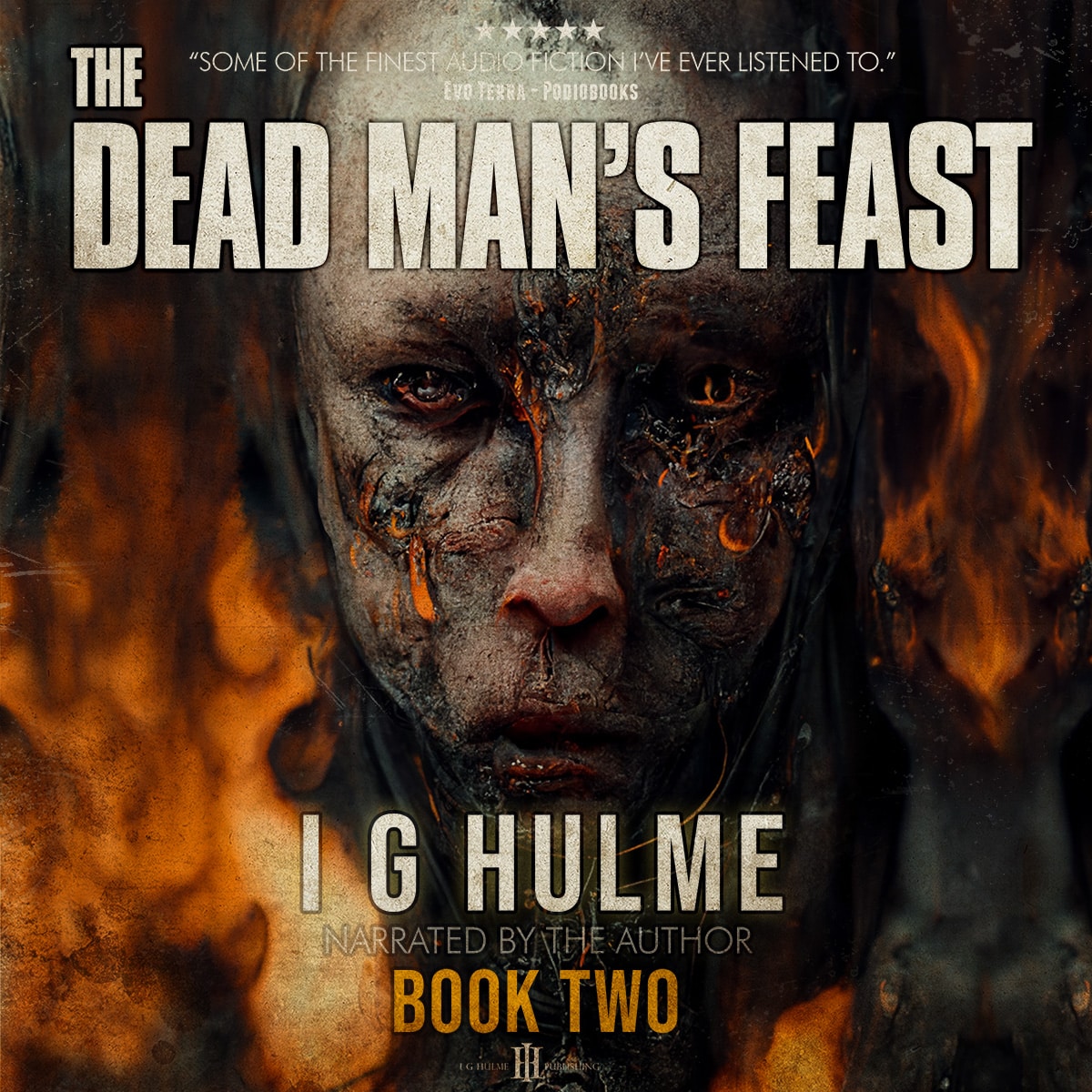 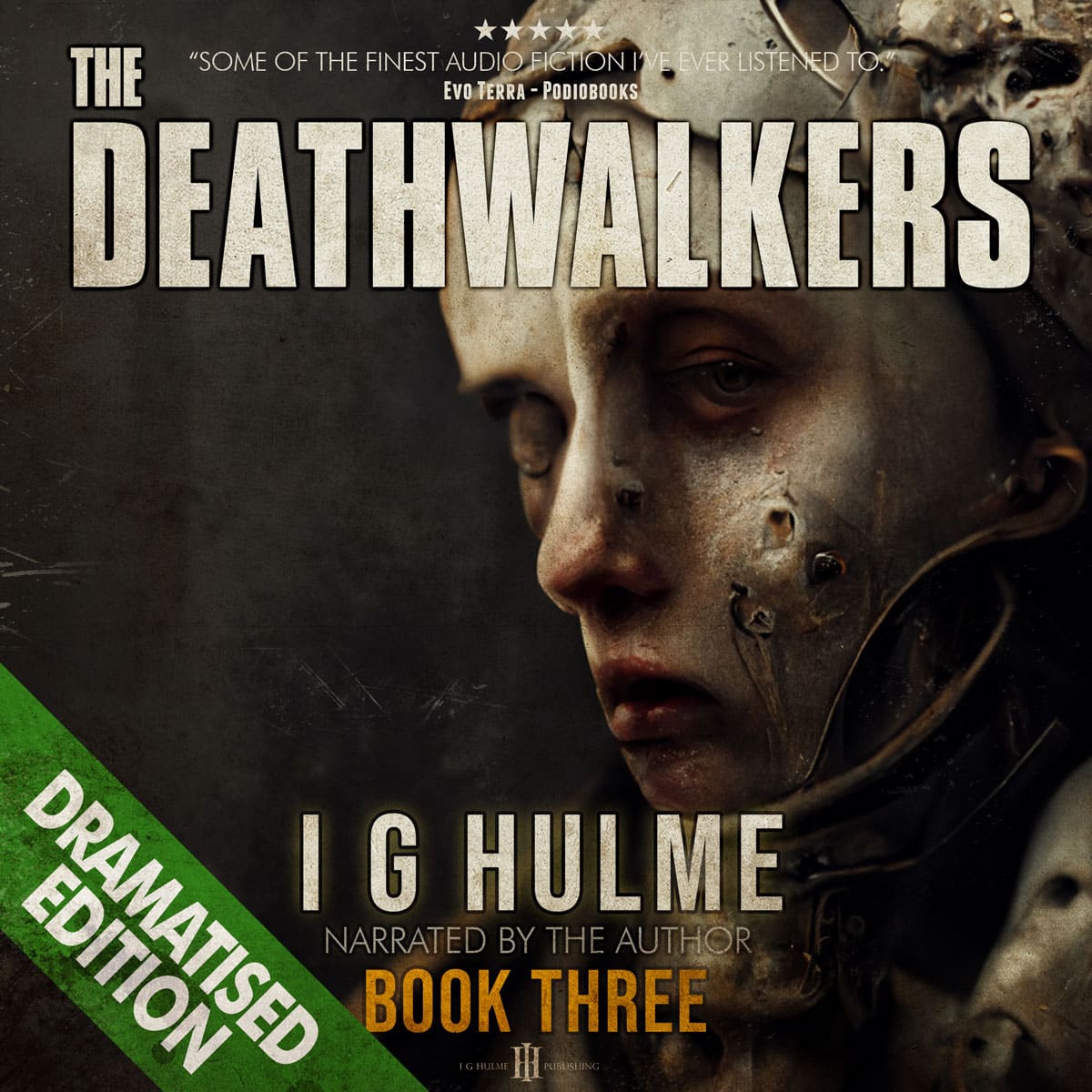 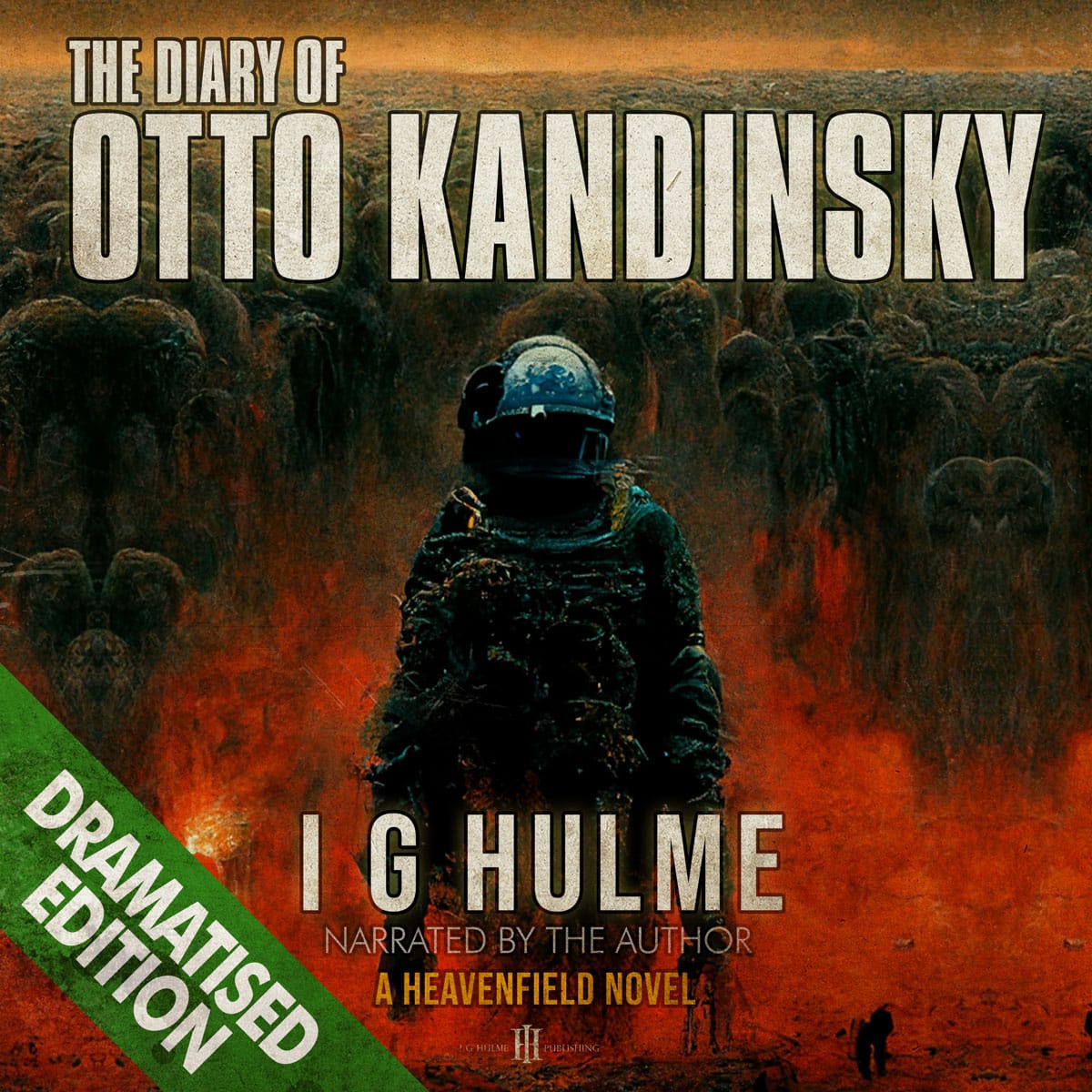 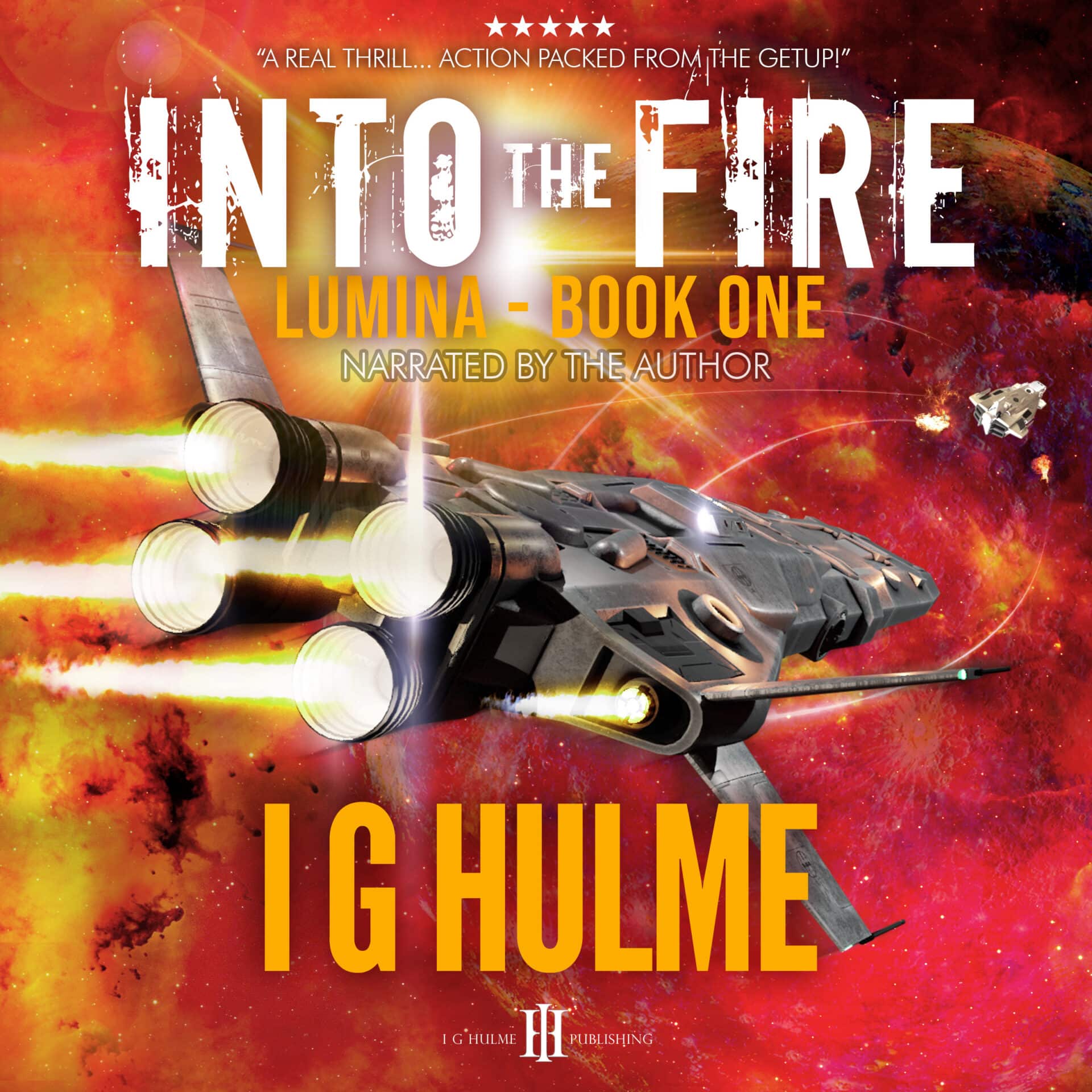 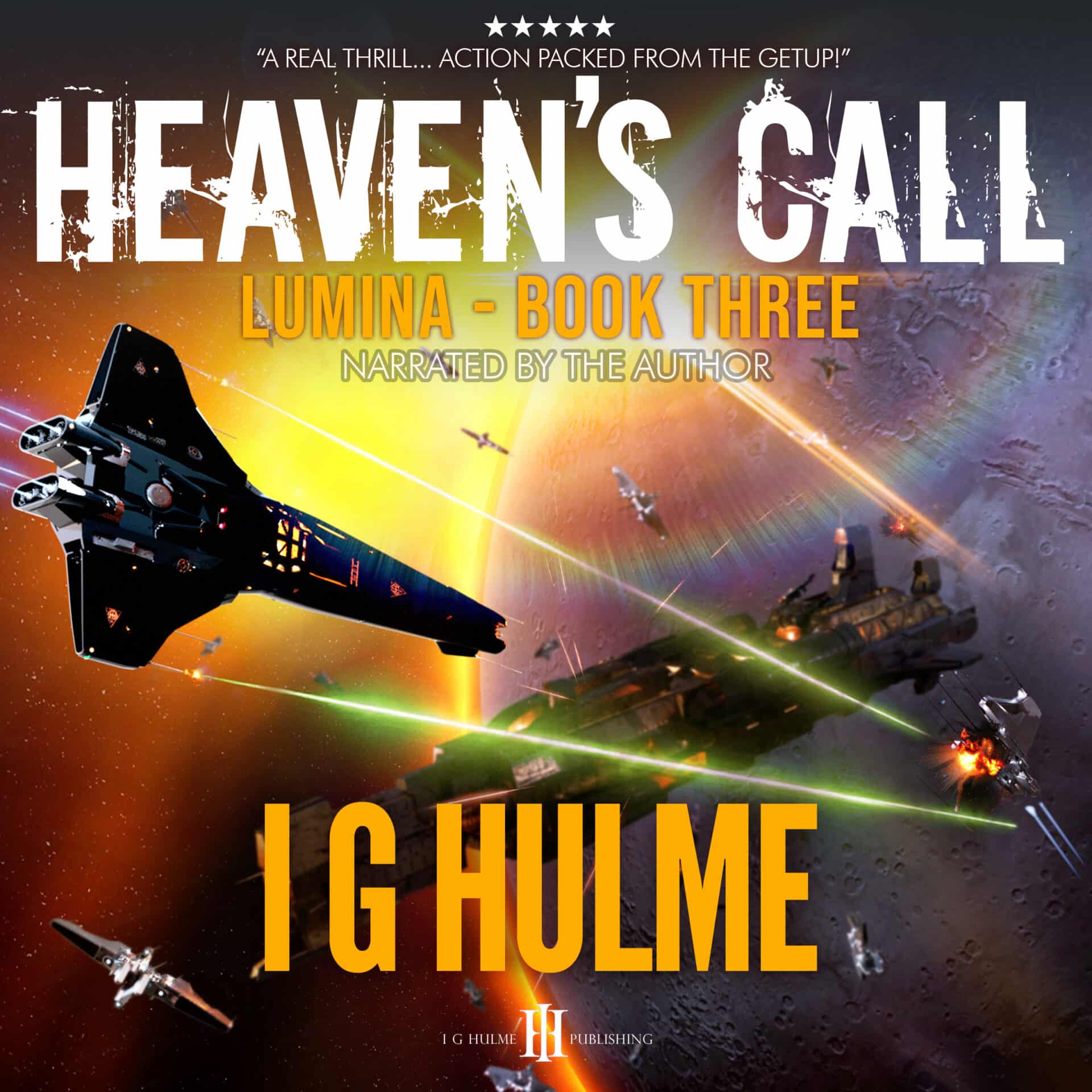 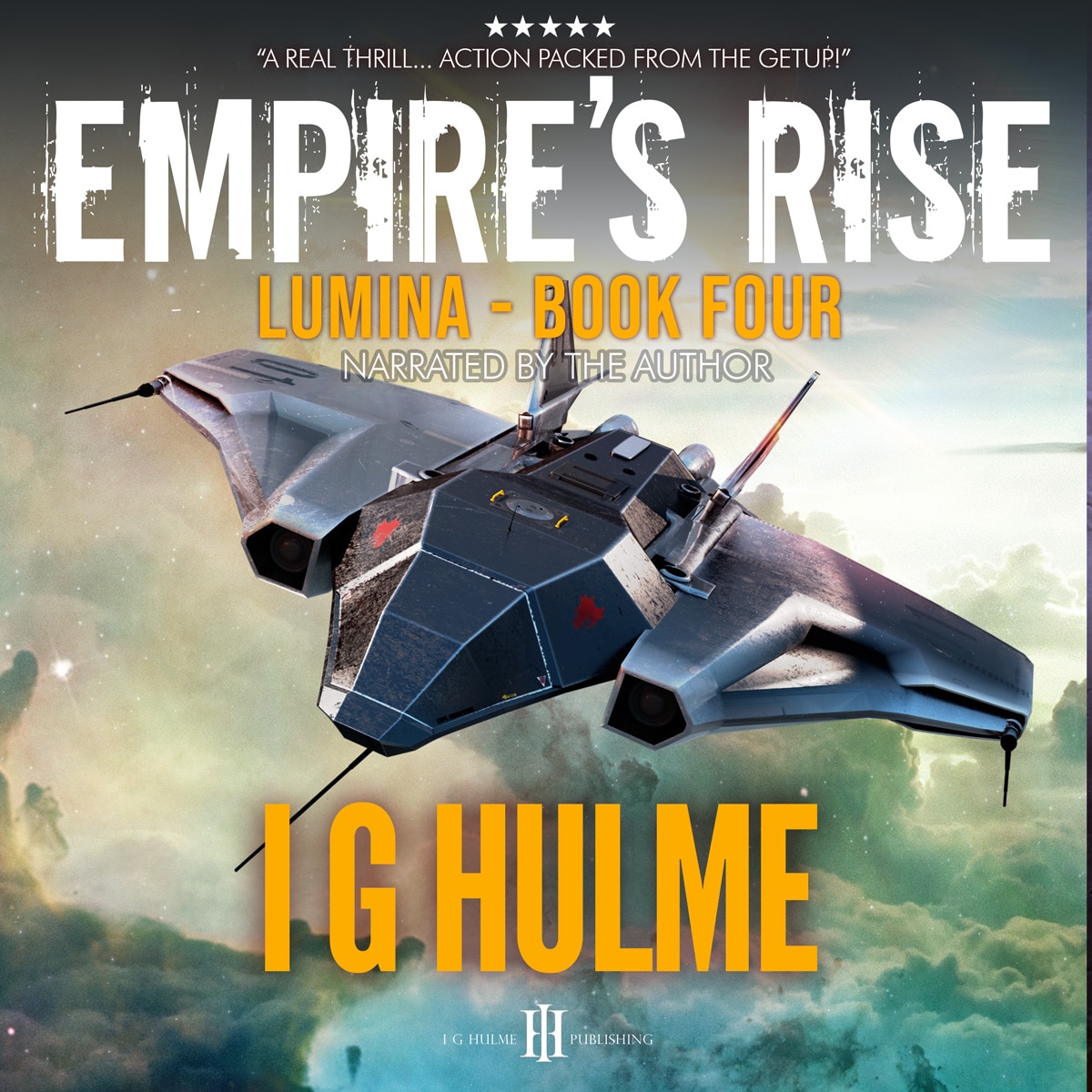 THE CIRCLE OF SOULS 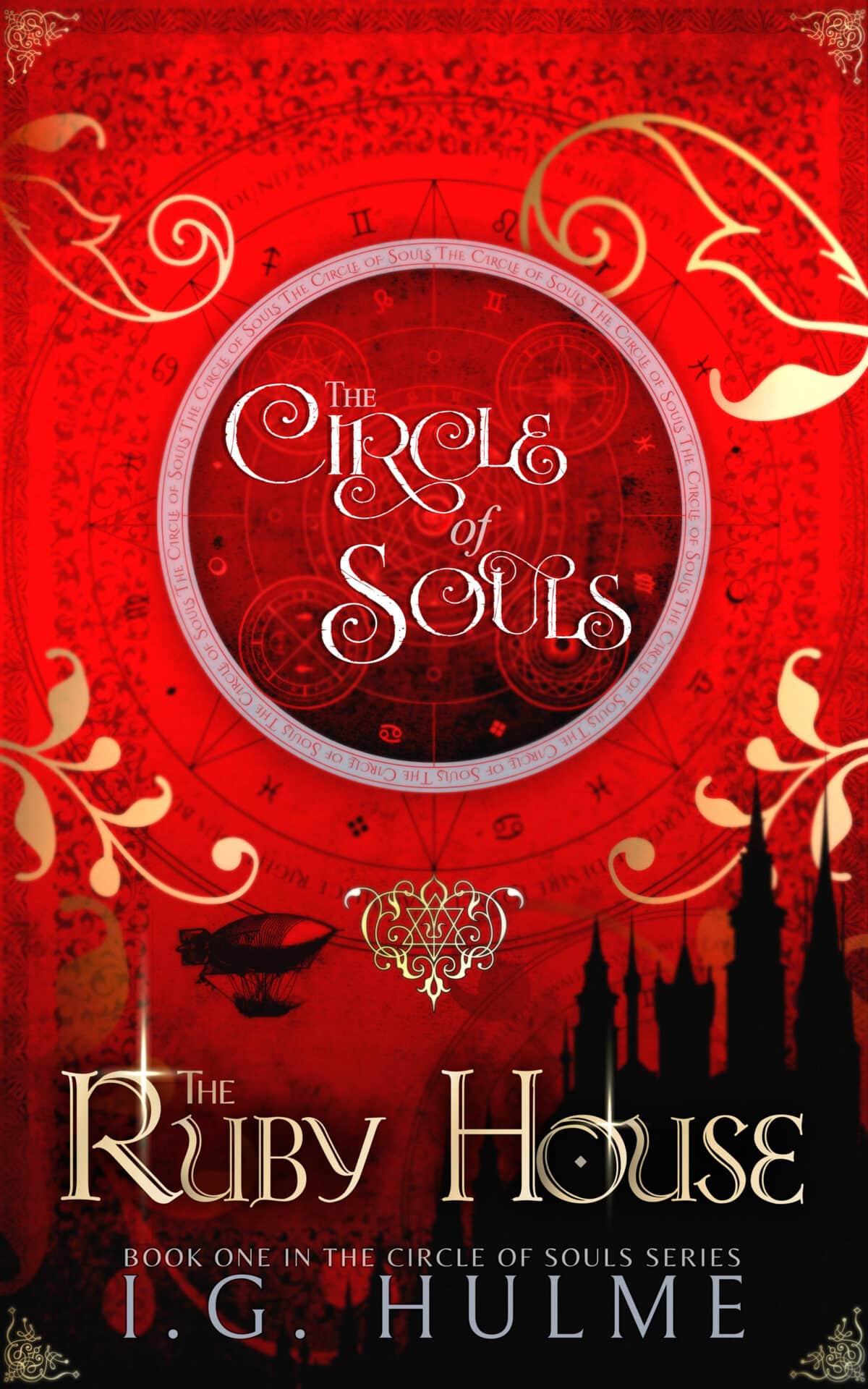 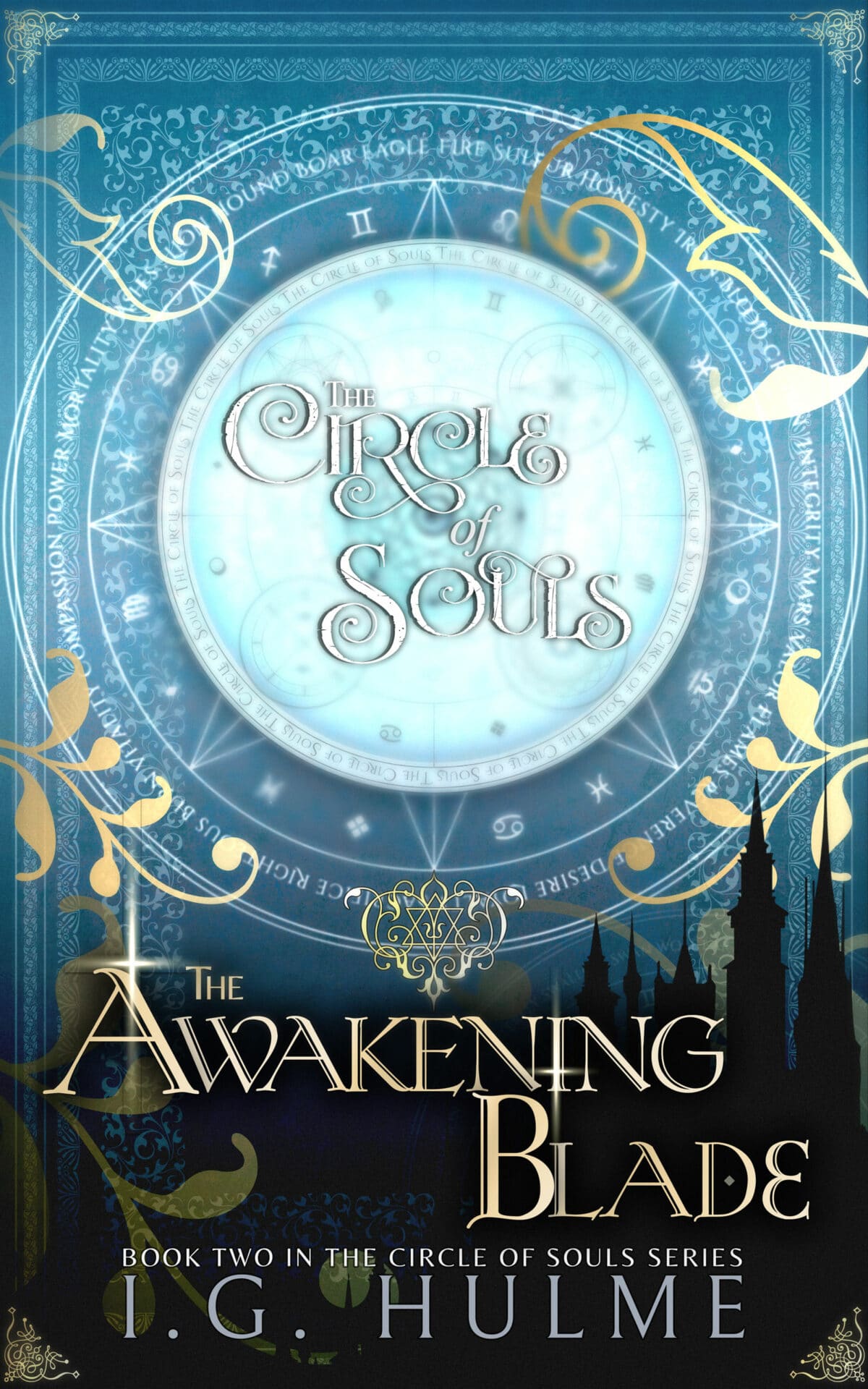 Episode One - A Light in the Dark Sample

A war rages in the shadows for control of a terrifying new world.

But the door should never have been opened.

When Dr. Grace Palmer and her team of research scientists discover a way into a mysterious world they name the Heavenfield, they trigger a devastating chain of events.

Bizarre, unexplained murders and attacks on the project leave scientists trapped in the Field with no way to return.

As their air supplies run low and their equipment begins to fail, their nightmares begin to play out before them....

Episode One - An Awakening Sample

But the war has just begun....

The thrilling second book of The Heavenfield series!
Grace Palmer tries to return to the Standing-Point Project after the chaos of the Battle of Maunsworth Field.
But things have changed radically since those climactic events, and her team find themselves facing altogether new adversaries as well as old.
Thomas Sullivan, awkward eccentric and visionary of the Heavenfield Project is lost within a terrifying inner journey, and ultimately stands at a crossroads, where the wrong choice of path could lead to the destruction of the world as we know it....

The stunning sequel to The Heavenfield story.

The third novel of the Heavenfield series goes back to the events directly after the first Heavenfield book. It follows the story of Captain Gray, commander of a squad of American troops from the 306th Company - the notorious 'Deathwalkers'.

After the horrors of the Heavenfield, Gray and his men must deal with the shocking and brutal symptoms of exposure to the Field. But any hopes of returning to safety in America are dashed when it quickly becomes apparent that the threat from the Exiles is far from over.

Forced to return once more into the Heavenfield, Gray quickly finds himself caught in the middle of plots and counter-plots, while he himself is thrust into a struggle to come to terms with the devastating changes exposure to the Heavenfield has inflicted upon him...

This novel is currently in production and is scheduled for release spring 2023.
Check out its progress below:

The Diary of Otto Kandinsky Audiobook

Kidnapped and forced to fight...

An unwilling soldier caught in a desperate war in the shadows.

Fighting an enemy they can never hope to defeat...

A companion novel to the acclaimed Heavenfield series.

The Diary of Otto Kandinsky charts the events before and up to the end of the first Heavenfield novel. As such, it can be enjoyed as part of the series or as a stand-alone story.

Otto is recruited to the Exiles as an unwilling fighter, his loyalty to the Holy Land keeping him in the struggle against ever-stronger forces that assail them.

He witnesses every horror the Heavenfield can produce, from the ghosts that prey upon the unwary in the shadows of the Great Ruins, to the Cold Ones, immense creatures of nightmare shapes, that stalk the Ghost-fields feeding upon the fallen.

Episode One - The First Flames Sample

INTO THE FIRE is the first book in the LUMINA series, a fast-paced space saga that follows Ryann Wade in his coming of age, just as the colonised galaxy faces the threat of an imminent invasion.

Marooned in deep space, Ryann and Angelique’s only salvation is a derelict Outlander spacecraft.

But sometimes it’s best not to disturb a ghost ship…

New Eden was supposed to be a place of hope, where humanity could hide and rebuild itself after the Luminal invasion.
Their only hope is secrecy. If discovered they are defenceless.
When a group of rogue Outlanders threaten to jeopardise everything they have built, all hell breaks loose.
But the real enemy is never far away….

EDEN’S MIRROR is the second book in the LUMINA series, a fast-paced space saga that follows Ryann Wade in his coming of age, just as the colonised galaxy faces the threat of an imminent invasion…

Episode One - A Descent from Heaven Sample

A war upon the Gods themselves…

Ryann and Angelique find themselves aboard the Defiance, surrounded by a thousand Luminal warships.

It seems impossible to escape, but somehow they must survive…

When Ryann and the Ghost-Runners find themselves at the centre of a brutal war, their only chance of survival seems to run and hide.
Danger is all around, both without and within. The Defiance is now home to a thousand refugees and the threat of unrest and betrayal is growing.
But unexpectedly, Ryann soon finds himself upon an altogether different journey of discovery, one that threatens to drive him to the very brink of madness.

Ryann Wade has looked upon the face of God and lived...

EMPIRE'S RISE is the fourth story in the LUMINA series.

This novel is currently in production and is scheduled for release spring 2023.
Check out its progress below:

The Ruby House is currently being recorded and released as an exclusive release for all patrons. Find out how you can become a patron for as little as $1 per month.

The Circle of Souls series is a tale of magic and adventure set in the kingdom of Heldrassë.

The reign of Queen Sofia Bluddë is coming to an end as her health fails, and the Great Houses scheme in the shadows, bringing the kingdom to the brink of civil war.

Duke Ferdinand Swanne, Lord of House Emerald returns to the capital with his daughter Maia, to find the courts filled with whispers and discontent. As Maia begins her first term amongst the other sons and daughters of the noble houses, she uncovers a world of forbidden histories, and tales of magic long-suppressed.

When the gruesome Madame Gourgonne becomes their royal tutor, things quickly get out of hand, and Maia and her dearest friend Prince Erebus, heir to the throne, become entwined in a story of murder and deceit that spans lifetimes.

This story is written and awaiting the completion of The Ruby House audiobook before production begins.

The Awakening  Blade is the sequel story to The Ruby House, the second book in the CIRCLE OF SOULS series.

Maia and Erebus have survived their adventures during their first year at the palace school.

They hope that events may return to normal, now that their loathsome tutor Madame Gourgonne is no longer teaching them.

But when a seemingly chance accident sets off a dangerous train of events, Maia has no one left to turn to. She must search alone for a solution as rumours of unrest in the kingdom of Heldrassë begin to reach even this high up on Kings’ Hill.