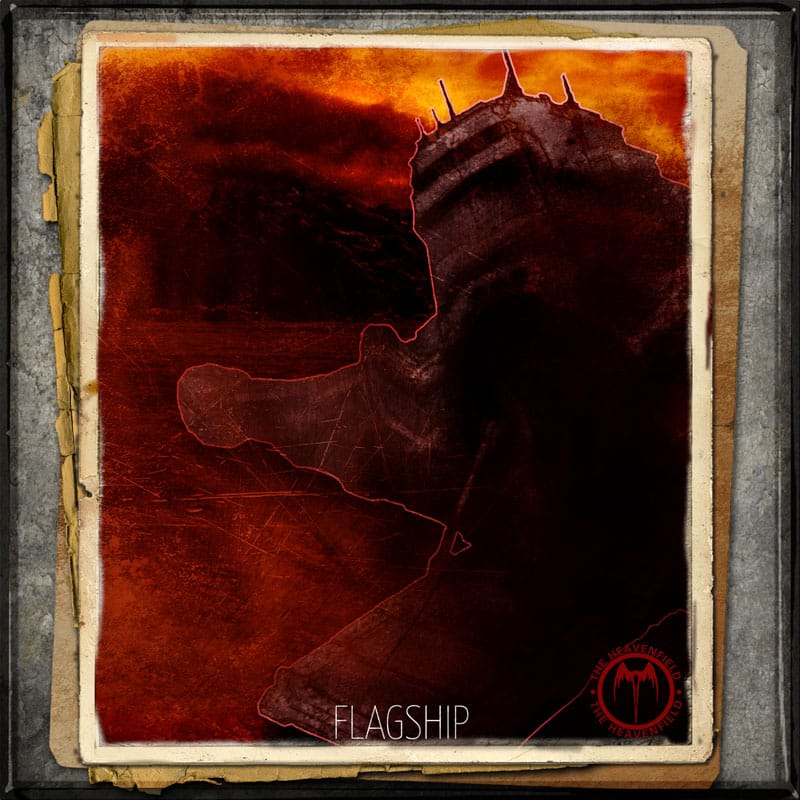 [see Divinity-Class Fieldship]. Two enormous vessels that were gifted to the traitor Speers when he entered the Field. Originally thought to have been abandoned by the Exiles in their retreat from the Siege of the Ft. Caulder E.P, it is now understood that the Demon entity Sheol was responsible for their appearance.

Ancient ships from a time long since forgotten, eluded to only as the time of the God Wars, the flagships are huge carrier-craft, capable of limited flight to an altitude of approximately 100 feet. They can carry large numbers of troops and vehicles, and can even act as a mobile Fieldship launch site.

The two craft were named 'The Herald' and the 'Divinity' upon acquisition by the U.S forces, and the technological advances learned by these craft went towards the invention of many new Field vehicles.

The Herald and all her crew were lost shortly before the Battle of Maunsworth Field, when Lt Col. Speers took the ship and turned against the allied forces.

The Divinity was originally abandoned after the battle, but was later recovered by the Americans when they decided to pursue their plans to develop a military presence within the Heavenfield.