The 1st Aviation Company - known as 'Hell from the Skies', was set up in a direct response to counter the new threat from the Heavenfield.

The Exiles had managed to design a revolutionary propulsion system that would operate within the unique conditions of the Field, and were already producing (albeit in small quantities) functioning aircraft.

American development teams were trying to design a working system of their own, but were years behind the Exile scientists, and were also having to work only with intelligence sent back from the British Research Facility at Maunsworth.

So when Lt Colonel Speers managed to capture an Exile Fieldship, the American research and development teams worked around the clock to reverse-engineer their own craft. With the aid of the massive resources poured into Standing-Point at the time, they quickly established production facilities that far outstripped any of the other protagonists in the Field conflict.

The 1st Aviation Company was created, drawing on some of the best aircrews from Special Forces backgrounds.

Garrisoned at Fort Caulder, they were tasked with defence of the Entry-Points within the Heavenfield, and also a large part of their numbers were attached to task-force 'Tartaros' during Operation Underworld. 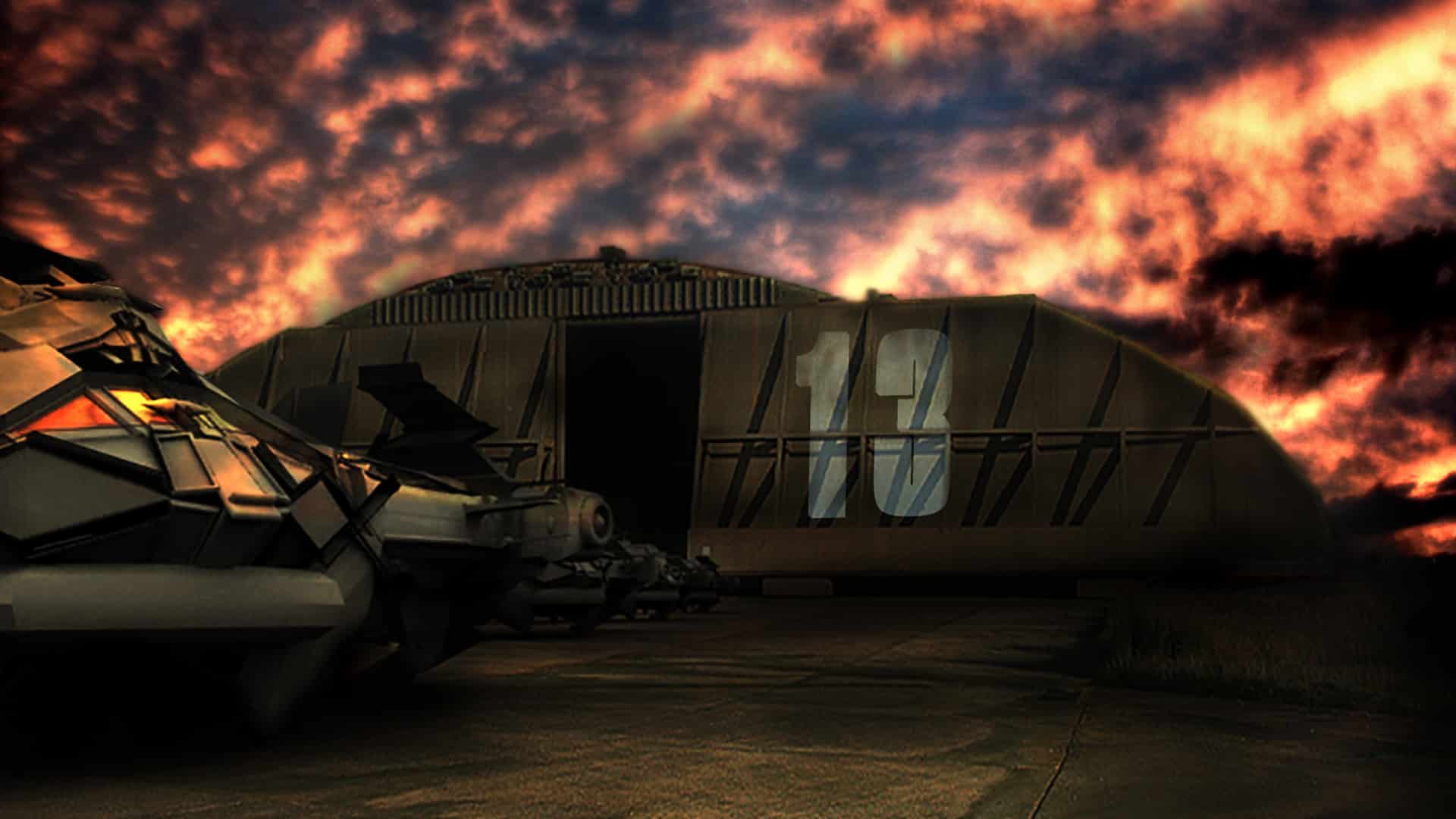 Fieldships on the hardstand at Fort Caulder, awaiting transportation into the Heavenfield.

'Hell from the Skies' Total Force (based at Ft Caulder): 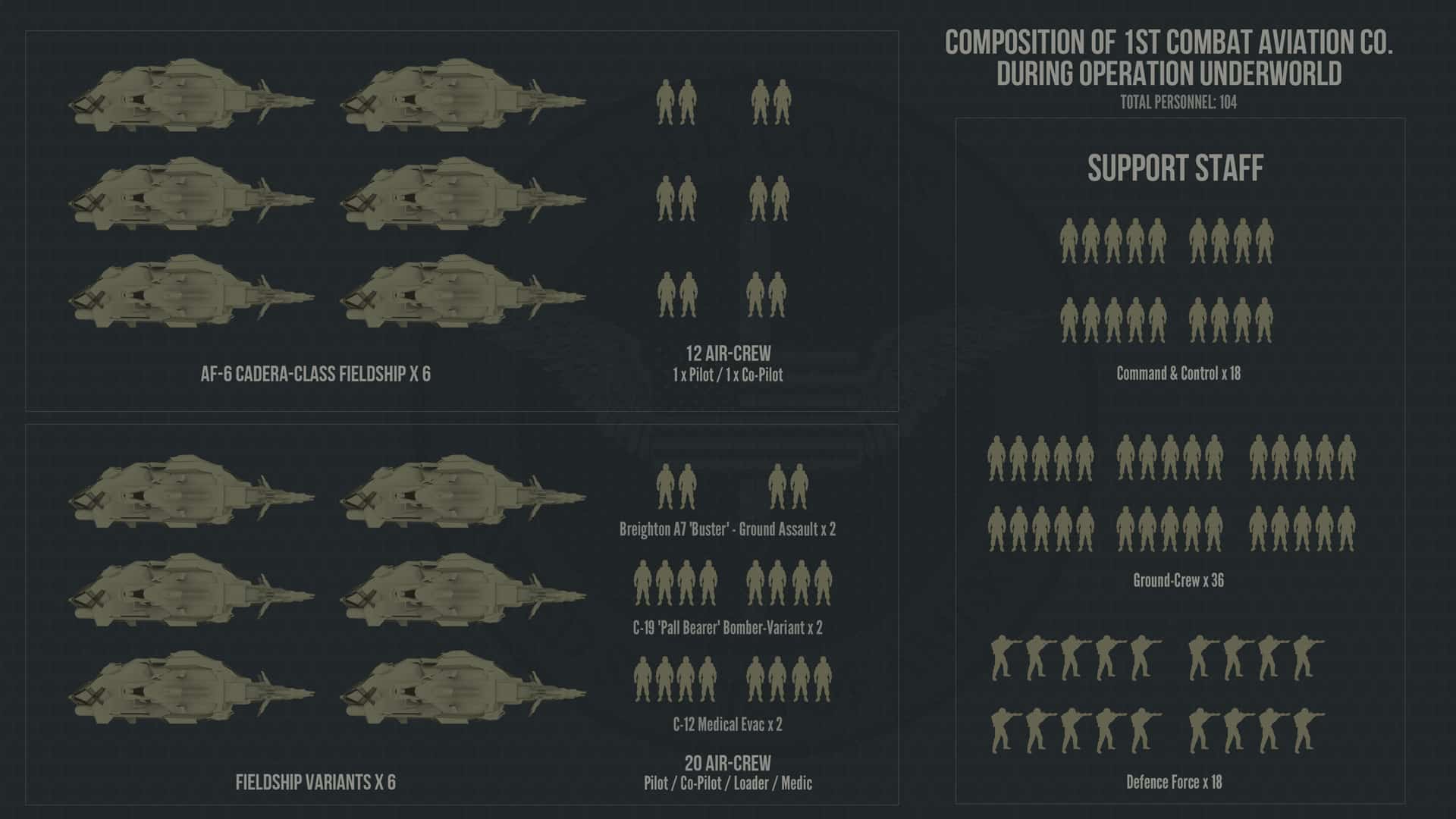