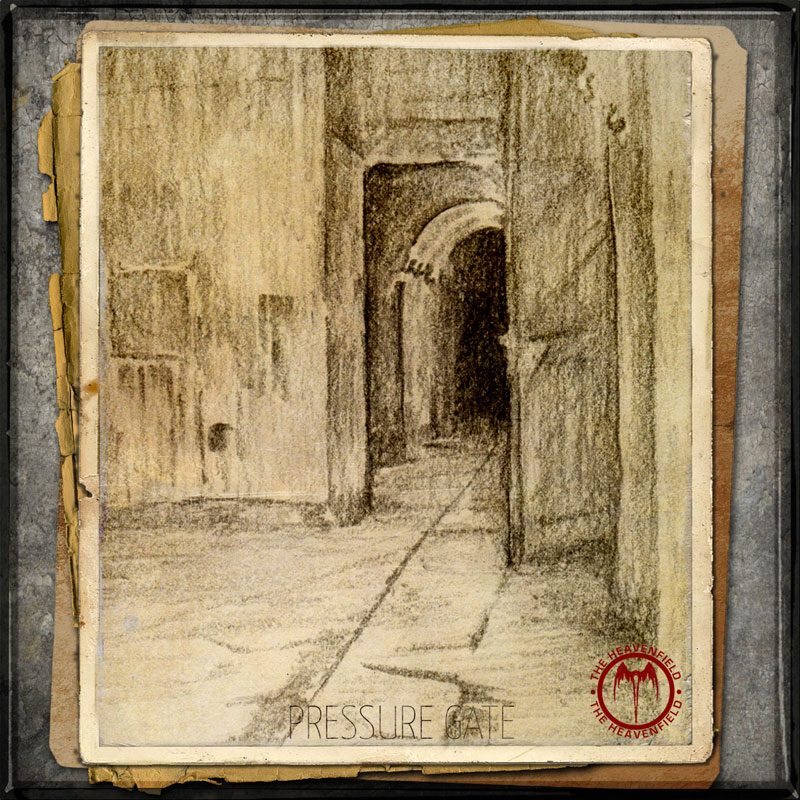 A pressure gate is another name for a simple airlock system found in some of the structures located within the Field. One of the most rudimentary examples sealed the Angel tunnels; two iron doors protecting the inner structure from the harsh atmosphere of the Heavenfield.

Due to the paradoxical nature of the Field, the principle behind the pressure gate is not altogether understood, since often it has been proven that some of the airlocks (such as those found within a few surviving U.S. Field bases) still seemed to function long after their air seals had degraded.

Some have hypothesised that it is not in fact a 'physical' exposure to the Field's atmosphere that is harmful, but the psychological damage done when a fear of exposure overwhelms a subject - therefore, in actuality the injury comes from within. The presence of an airlock acts more as a psychological barrier to the effects of the Field. This hypothesis has not been proven, and remains conjecture - hotly debated by those scientists still searching for the cause of the corrosive elements within the Field's atmosphere [see The Heavenfield - Atmospheric Composition].