Many of the hostile creatures encountered within the Heavenfield were either classified as 'Ghosts' (or Phantom Entities), or 'Demons' by Exile and (coincidentally) British researchers. When the U.S. Military came to make extensive research into the Heavenfield they shied away from this supernatural terminology, preferring a more scientific naming system, and often simply terming them simply as an 'Entity' with a designation prefix - such as M-Class Entity for example.

However, among the troops fighting within the Field the terms 'Ghosts' and 'Demons' were regularly used, and often individual creatures would be given names.

The entities dubbed ‘Demons’ by the expedition teams are thought to have once been the same race as the Angel entities, but over millennia have been warped and mutated by the relentless atmosphere of the Field. Now the majority retain little or no sentience, exhibiting simple, animalistic behaviour. They feed upon the ghosts that roam the Heavenfield, but beyond that little is known about them, other than one should give them a wide berth.

“They are different aspects of ourselves Thomas,” sighed the angel. “We took opposite courses of action against you. Whereas we protect ourselves from you as best we can, they chose to confront you naked, allowing your fear to warp and shape them into forms most terrifying to you. They endure the torment you cause them in the hope that you will destroy yourselves...”

Extract from The Heavenfield

A small minority however have proved strong enough to retain their sentience and hold a roughly human form. Sheol and her lieutenants are such creatures, and have had a terrible impact upon events surrounding the Standing-Point Project. It is believed that Sheol was the first entity discovered by the British research teams, when she appeared to them in Array Chamber. She took over the form of a ghost that had been trapped in the Chamber, and ever after appeared as a terrifying female form.

The Demon creatures were of course long known to the Exiles, who studied them for many years. Most of the records were lost with the fall of the Fortress, but some were rescued with the survivors. They have been reproduced within this Datavault with their kind permission. Dr. Henschel himself wrote copious notes regarding the nature of these beasts, as well as their habits and physiology. A lot of our understanding of these fearsome denizens of the Field can be attributed to him.

A great deal of effort went into cataloguing the individual Demon Entities, as they were often so fascinating in their appearance and characteristics. As noted, Dr. Henschel, the Exile leader was the first to set about this process, however, the main bulk of work was performed by scientists working with various artists, who created drawings and records of these terrifying denizens of the Field [see War Artists].

In an attempt to catalogue the various denizens of the Standing-Point Field, a US Military commission created the following categories:

GREATER – Intermediate and Large – up to approximately 50 feet in height (M-Class). 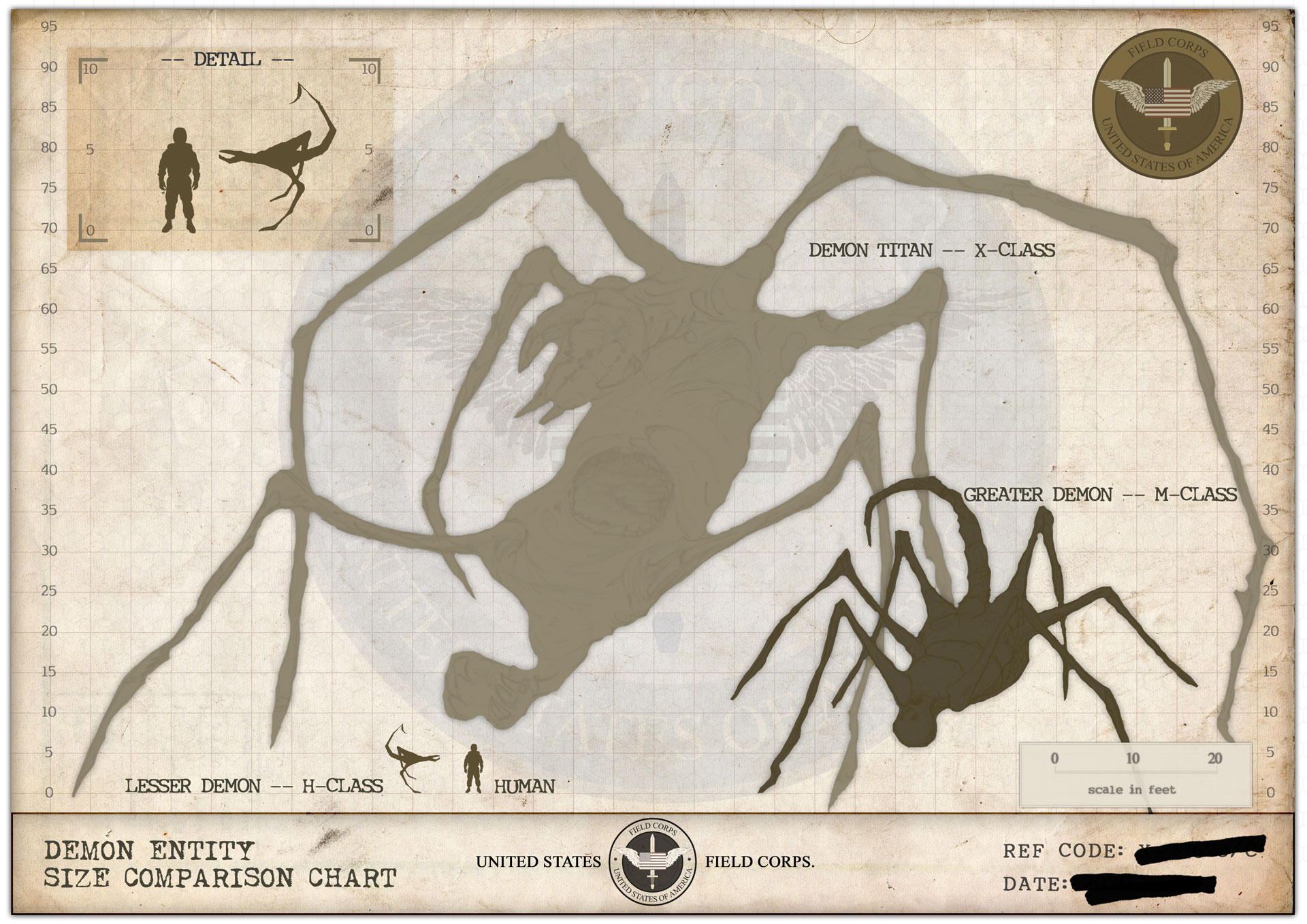 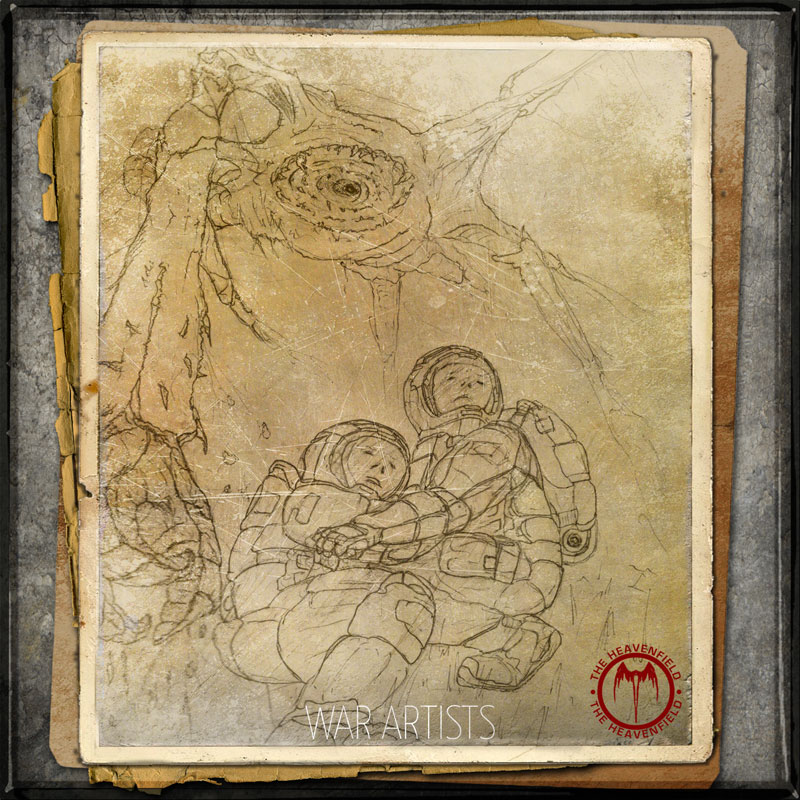