The Standing-Point Accelerator Array at Maunsworth Research Facility was one of two British points of entry into the Heavenfield. The vast complex stretched for miles underground, all tunnels converging upon the Array Hall. For more details on the scientific workings of the Array [see Standing-Point]. 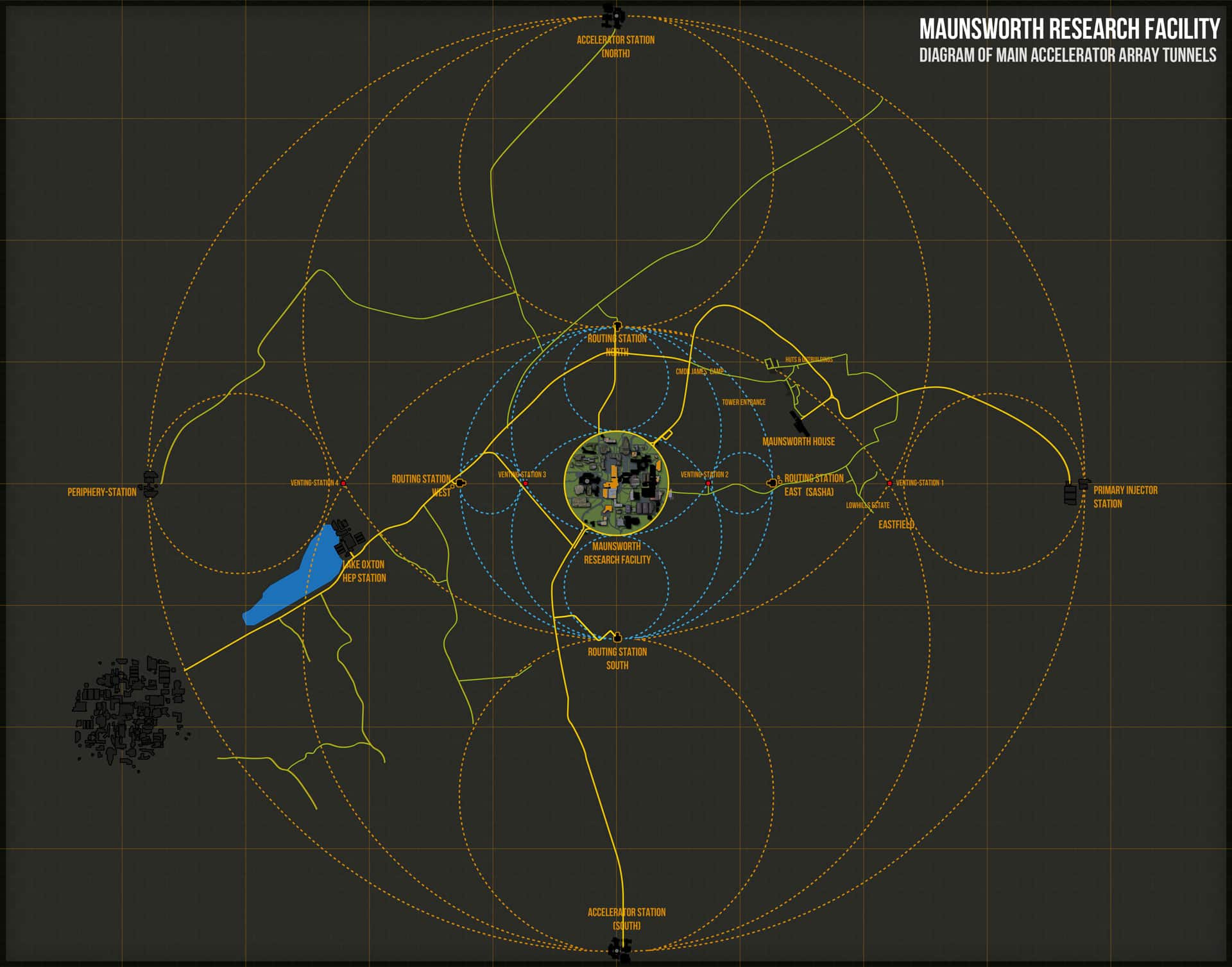 Diagram of Accelerator Array Tunnels around the Maunsworth Research Facility. 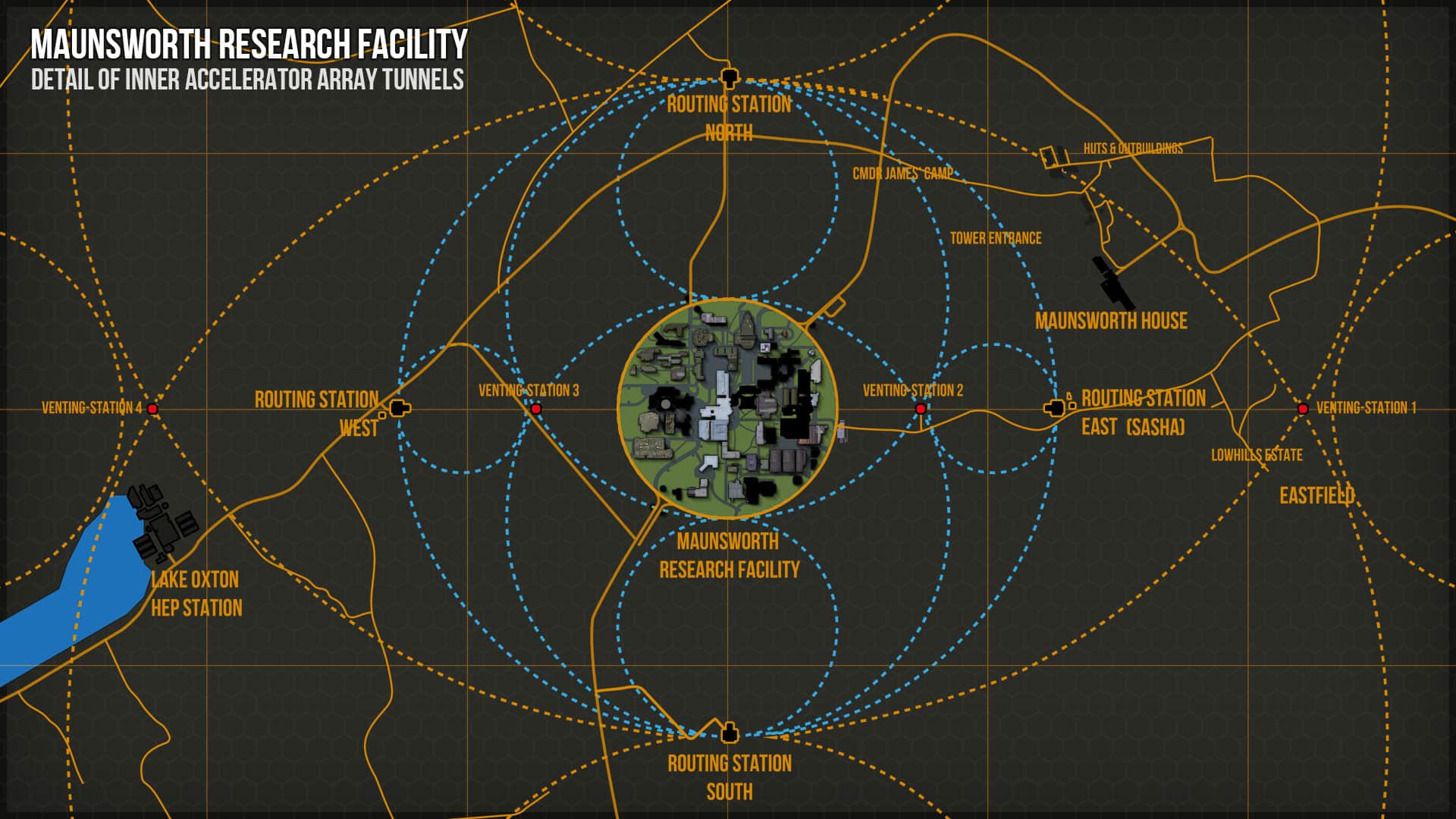 Detail of Inner Array Tunnels around the Maunsworth Research Facility. 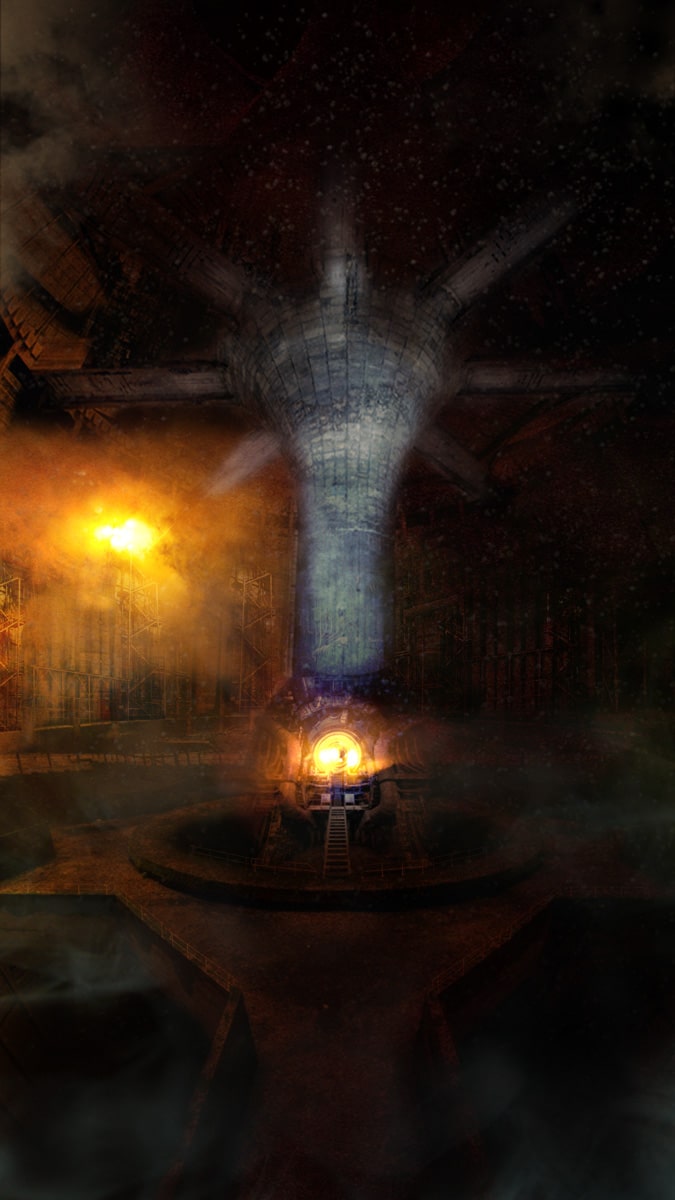 “Grace, we should be careful,” he said tenderly. “We should wait for the others.”

She didn’t appear to hear him. She walked forwards slowly, gazing around the Hall with a look of sad reverence. At the distant end of the Hall, the ominous web of pipes that made up the Array could just be discerned. They rose hundreds of feet up into the shadows. She walked on as if being drawn by some unseen force. Sanders remained at her shoulder, looking around anxiously, but the Hall was enveloped in an eerie stillness.

“Grace, we should wait,” he said, laying his hand upon her arm. She brushed him off as if in a dream.

“Please,” she whispered, almost inaudibly. They were two-thirds of the way to the Chamber now.

For a second, Sanders thought he could make out a faint orange glow emanating from it, but the veil of ash in the air obscured his vision. Grace continued on, her eyes fixed ahead of her, staring unblinking towards the Chamber.

“Please,” she croaked again, her voice distant and laden with sorrow.

They were almost at the steps leading up to the Chamber now, and Sanders could definitely make out a glow coming from the doorway. For an instant he caught a view of red rocks and sky through the open door...

This monolithic, cathedral-like space is the confluence of particle array tunnels, venting shafts and coolant pipes that feed into the Core - the towering structure that concentrates the staggering power of the Array down to the Chamber at its base.

High above its floor, shrouded in steam and venting gases is a maze of gantries spanning the dizzying heights.

The point where all the myriad tunnels and shafts of the Particle Accelerator Arrays focus their energies to achieve Standing-Point, the Chamber itself is an innocuous concrete room, windowless and featureless.

The Array Control Centre sits high up the wall of the Array Hall, commanding panoramic views of the vast space leading down to the Array Chamber far below. The centre contains banks of workstations all feeding out to a large display wall. Huge data storage and processing rooms lead off, as well as some temporary sleeping quarters, a small conference room, and lifts down to the Array Hall floor and research levels. 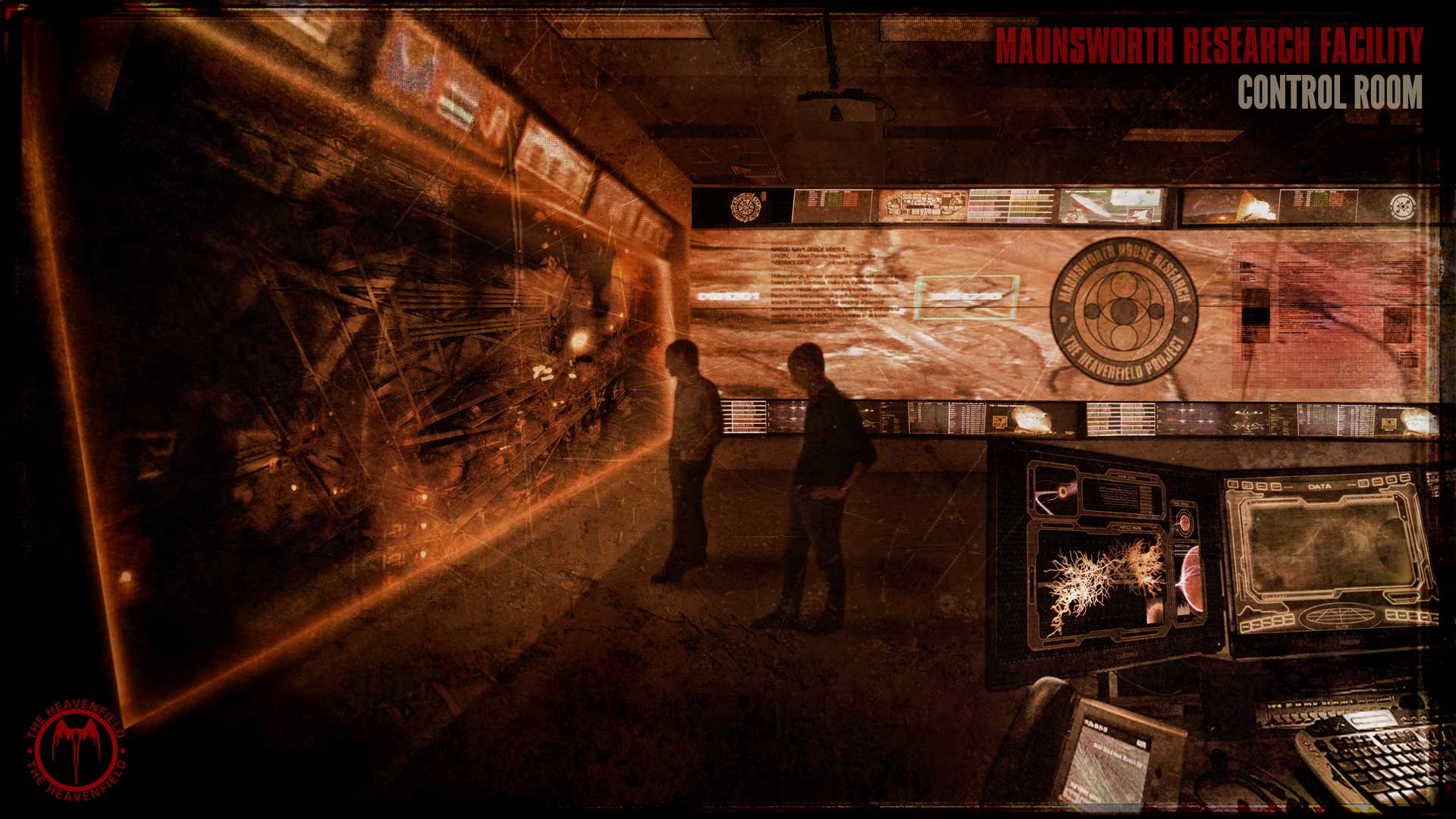 A large, underground section just off the Array Hall houses the Suit Rooms, where scientists would prepare for their expeditions into the Field. As well as the changing facilities and general amenities, the Suit Rooms also have a test chamber for checking suit integrity and pressure, a small infirmary room, an isolation chamber (in the event of a subject returning from the Field and requiring an extended period of quarantine), as well as a small weapons locker.

It was in the Suit Rooms that Jane Honeymon, the former Deputy Head of Field Studies, was famously shot and killed, during an abortive attempt to sabotage and destroy the Maunsworth Accelerator Array.

Vast quantities of energy are required to power the Accelerator Array, and keep the Array stages super-cooled throughout its hundreds of miles of tunnels. The heat-exchange system generates huge amounts of thermal energy, which is dissipated away from the Core through the Venting Ducts and on to the Coolant Pit, and ultimately the Inner Void. However, in the event of a fault with the coolant system, the emergency venting procedure reduces the build up of potentially dangerous hot gases, releasing them through the Conduit System, up through the Central Core and directly out to the surface through the Venting Tower.

There have seldom been such emergency situations that have necessitated this procedure, but on the rare occasion that gases have been routed through the Venting Tower, the spectacle of ionising vapours sending brightly-coloured flares and arcs of electricity hundreds of feet into the air is a sight to behold.

The Conduit System is part of the Emergency Venting Procedure (as outlined above). The cavernous tunnels stretch for miles beneath the Maunsworth site, intertwining the main Array Shafts. Unlike the pristine Array, the Conduit System is a dark and foreboding maze of dank concrete and rusted metal walls.

It was within this dark maze that an entity from the Field escaped at the height of the Heavenfield conflict.

For details on the other areas of the complex [see Maunsworth Research Facility].