The Standing-Point Field, or ‘Heavenfield’ as it has been dubbed, has cost countless lives in conflicts that have led the world to the very brink of war, and yet understanding of its reality, not to mention its very existence is still hotly contested by scientific communities across the globe.

The Discovery of The Heavenfield

The discovery of the Heavenfield can be accredited to late 20th century Soviet scientists, researching into Extreme Upper-Order Particle Transmissions. The world they discovered has proven both beautiful and unpredictable, governed by shifting rules, and populated by haunted memories.

As documented by Dr. Henschel, Head of Soviet research, during their first journeys into the Field they encountered an entity they dubbed an ‘Angel’. This creature warned them of the dangers humans faced, and that ultimately their presence would lead to a ‘Final War’.

Henschel and his followers determined they would dedicate themselves to the protection of the Field, and set about this task with messianic zeal. They faked their deaths and the destruction of their Array, and moved to an unknown location, but not before using the Field to appropriate the huge fortune necessary to fund their work.

Somehow, they managed to build a secret Accelerator Array, and set about recruiting trusted followers, ever-increasing their strength, until they had completed a Fortress within the Field itself.

With the advent of British research into Standing-Point years later, the ‘Exiles’ as they now called themselves, set to work on a series of elaborate plans to sabotage the Project. They succeeded in disabling the Hayden Hill Facility, but with the entry of the Americans into the conflict, the Exiles’ plans went awry.

The growing religious fanaticism amongst the Exiles led to internal conflicts, and ultimately the destruction of the Fortress and the majority of their forces...

Travelling into The Field

Travelling into the Heavenfield (and its hazards), via the use of a Standing-Point Accelerator Array has most notably been discussed in Professor Gary Starling's 'Principals of Field-Shifting', extracts of which can be found in the section on Field-Transitions [see Field-Transition]

Little is understood as to the nature of the Heavenfield's atmosphere, other than it is deeply toxic to humans (though there have been a small amount of documented exceptions), and highly corrosive to metals. Scientists have long searched for any harmful agents within the few samples returned from the Field, but none have been discovered. In fact, some researchers have postulated that the atmosphere is acting as a catalyst, driving and magnifying psychological traits within the subject which then manifest as real within the Heavenfield reality.

This radical theory of an environment suit protecting the wearer, not from the atmosphere as it were, but from their own consciousness, and its damaging effects, although interesting, has not been proven to be true, and scientists continue their search for a harmful chemical or biological agent within the Field. 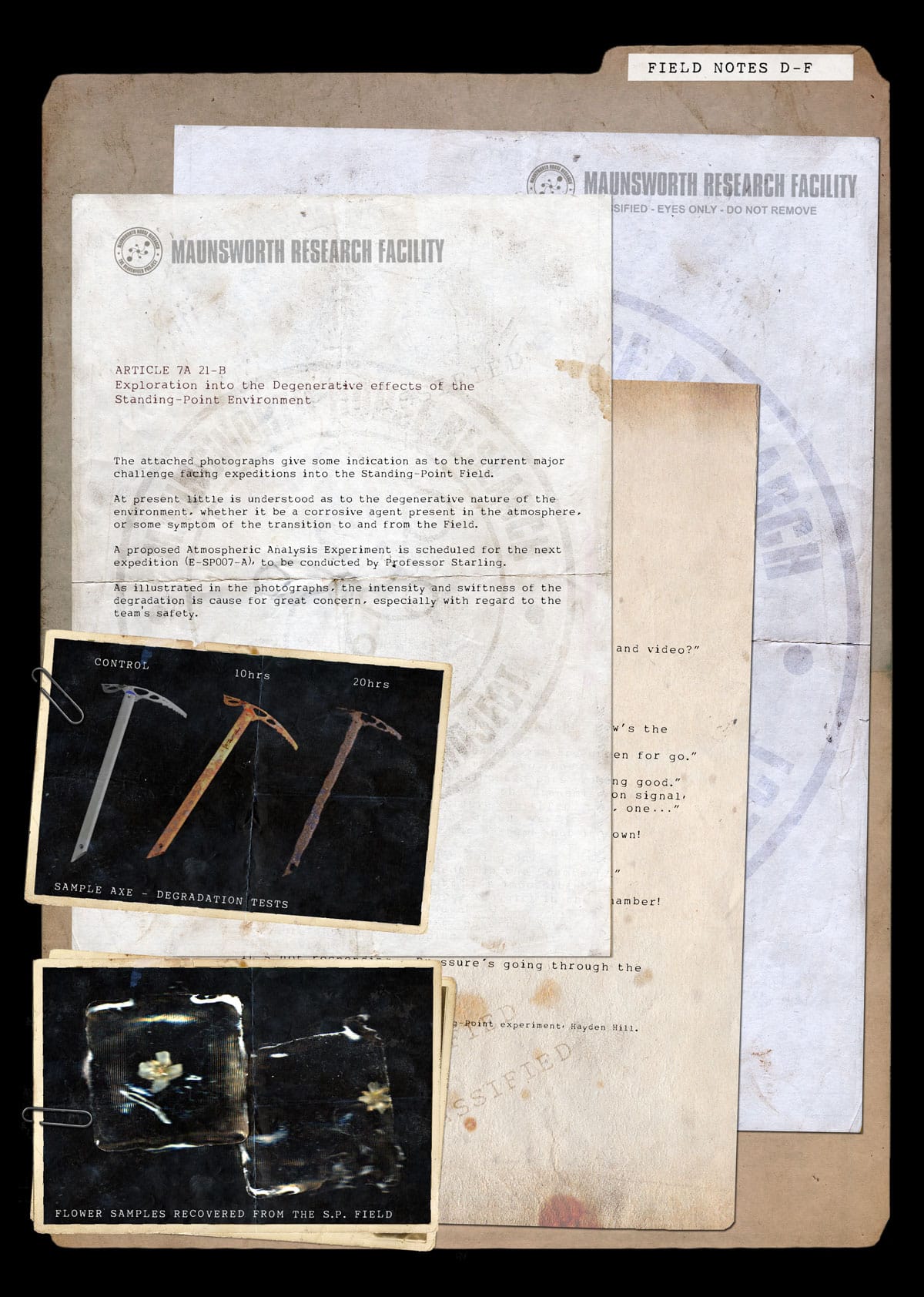 As mentioned above, the Heavenfield's atmosphere is deeply toxic to anyone entering unprotected. Therefore all travellers within the Field must wear a protective, environment suit, to avoid exposure. These heavy and cumbersome suits are universally-derided across all factions operating within the Field (and most of all by the troops, whose role is particularly hampered), but are of tremendous importance nonetheless [see Environment Suit - British]. 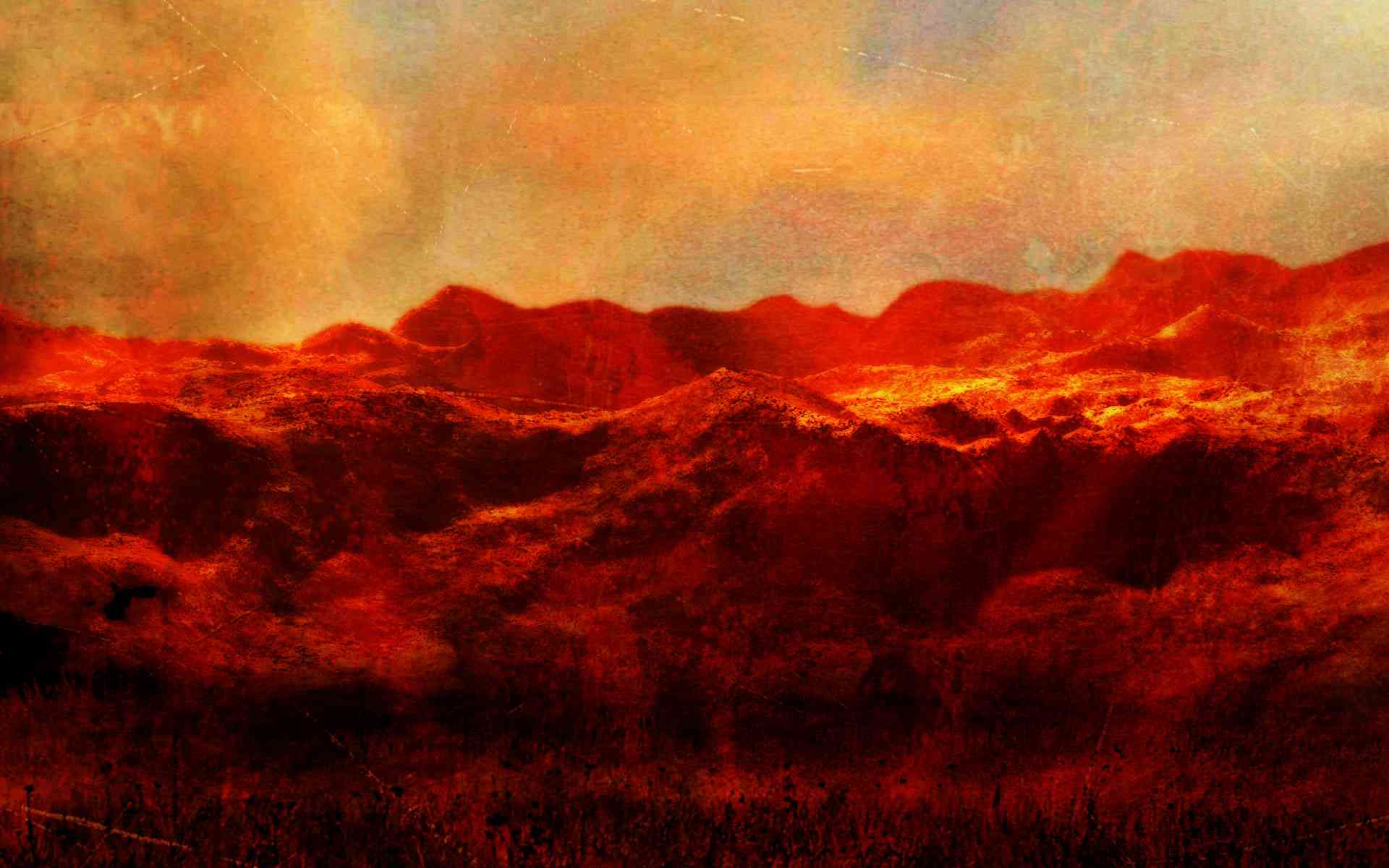 There have been documented cases of people exposed to the Heavenfield's effects even though they have never entered the Field, and is believed to be caused by a contamination of some part of the Field's atmosphere leaking into the everyday world [see Field Exposure - Type-C].

This only serves to highlight the paradoxical nature of the Heavenfield, on the one hand a physical element contaminating our atmosphere, while at the same time often a purely psychological manifestation, seemingly independent of any physical cause. 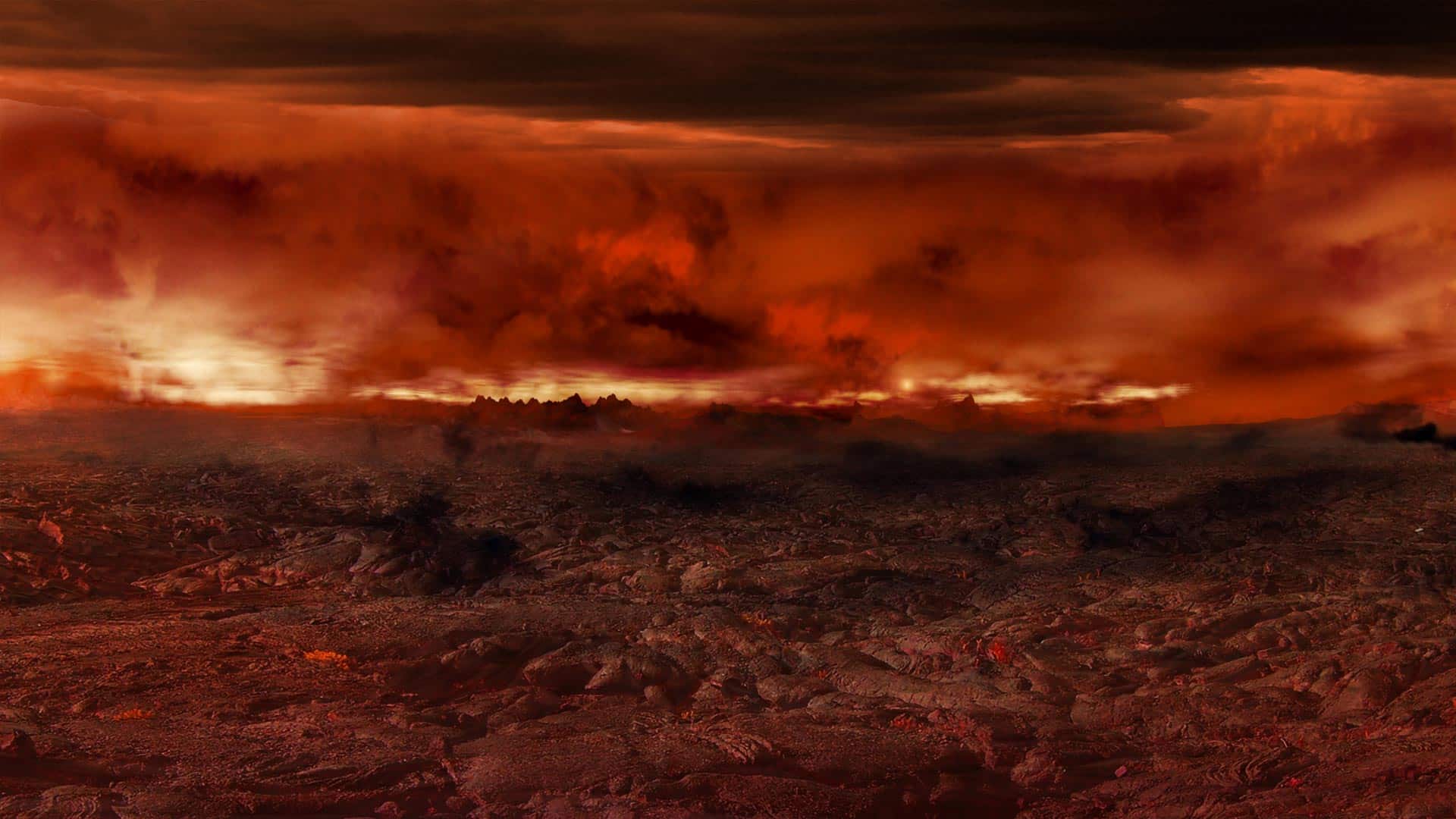 Denizens of the Field

There are a myriad of creatures to be encountered within the Heavenfield, some well-documented, whilst others merely fearful rumour of creatures that lurk within the shadows. These creatures have been roughly categorised into 'Ghosts', Angels and Demons (though there are exceptions to these categories). All of the creatures are termed 'Likho' by the Exiles, and this name has been passed into common usage amongst the British and U.S. factions also [see Likho].