When Dr. Henschel and his group dedicated their lives to protecting the Heavenfield, they quickly realised that their only hope of success would be to use the Field itself to their advantage.

They set about building an Accelerator Array at an unknown location (thought to be somewhere in Eastern Europe), using the Field to appropriate the necessary funds, resources and even people. It is not known on what scale the Array was built, but it is thought to be fairly modest. However, over a long period of time the Exiles built an impressive Fortress within the Field itself on the site of their Entry-Point.

And today we have seen the fruits of all our labours. From what was a single concrete structure when I first stepped through the Gateway - now our Fortress is built! We have worked like devils, and now we have barracks, a medical centre, and huge hangars for our vehicles; for our army.

The Fortress is immense - like a pyramid rising high above the rocky plains, but this belies its true scale, and the vast network of tunnels we have hewn out of the rock, far below the surface.

Today we went through into the Fortress, hundreds of us; we filled the main hangar, and Dr. Henschel addressed us all. He spoke of how this fortress would be a beacon of hope, that with the strength we have forged we would protect the world from those in power who lack the vision to see beyond their own greed.

And we have not returned. I write this from my barrack room in the Fortress. And I know that beyond these walls is the land that will not leave my every waking thought...

During the attempts to derail the British Standing-Point Project, internal feuds amongst the Exiles, and the eventual spiral into madness of Dr. Henschel, led to the destruction of the Fortress by an attacking horde of Demons.

The Exiles initially had little troubles from the Demon Entities (or 'Cold Ones' as they named them). These gargantuan creatures had come dangerously close during the 1st Ghost Incursion, but they were predominantly drawn to the ghosts upon which they fed, and as these entities were pushed back into the Ghostfields, so the Cold Ones followed.

However, driven together by the Demon entity 'Sheol', the Cold Ones later launched a devastating attack upon the Fortress, laying siege to it for some time.

It is thought that the structure could ave withstood this terrific onslaught, but an act of sabotage by Dr. Henschel himself allowed a breach, and the base was destroyed.

It is unknown as to whether any of the Fortress remains standing, or whether the Exile Array, back in the everyday world, is still operational. Most reports suggest that Dr. Henschel, whilst under the influence of the Demon Sheol, destroyed the Array and then allowed the demon horde into the Fortress, thus precipitating its complete destruction. 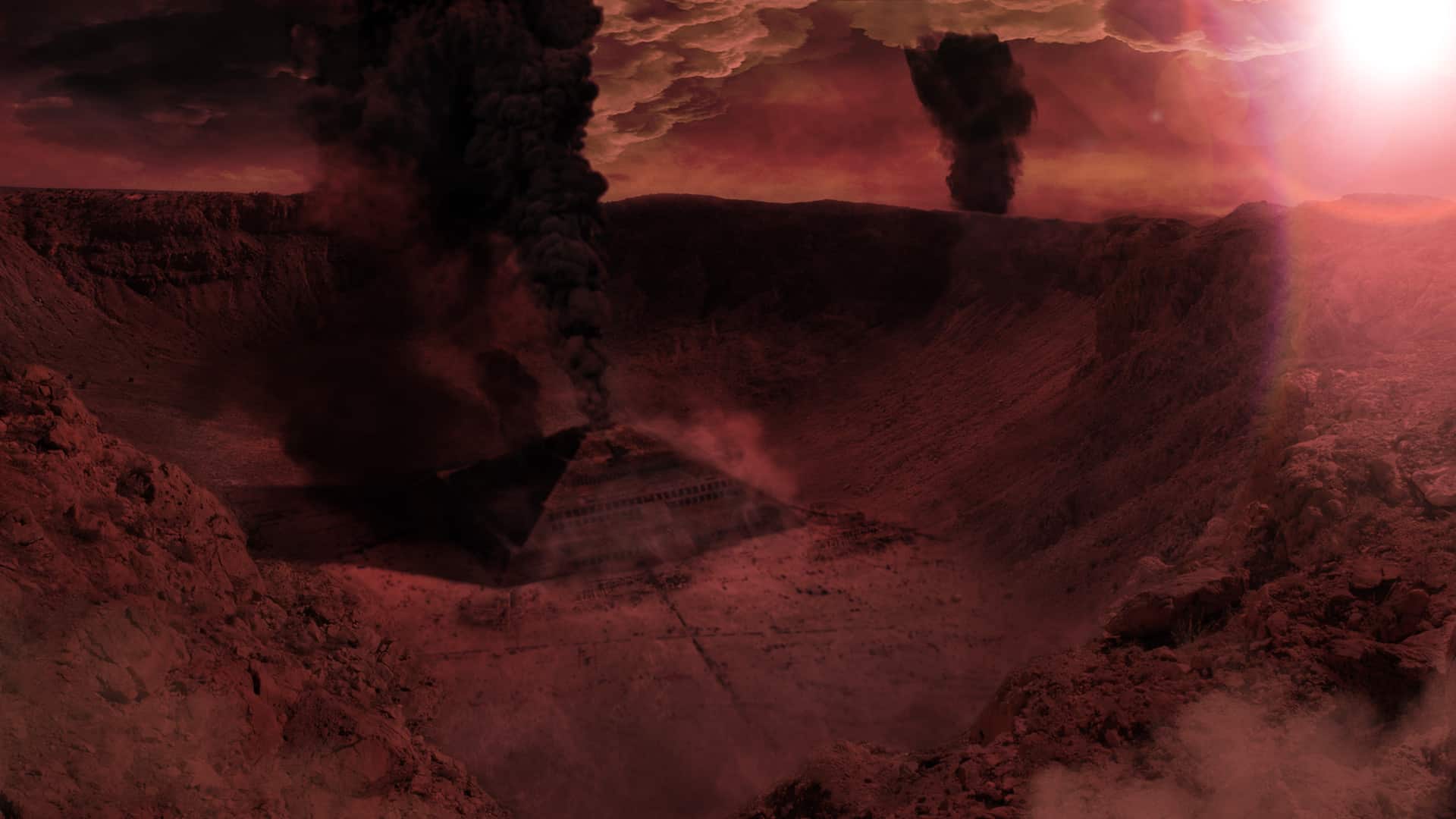 View of the Fortress after its destruction by Sheol's Demon Horde. The ruins have smouldered ever since its destruction years before, and now only the ghosts of the dead walk its dark corridors. 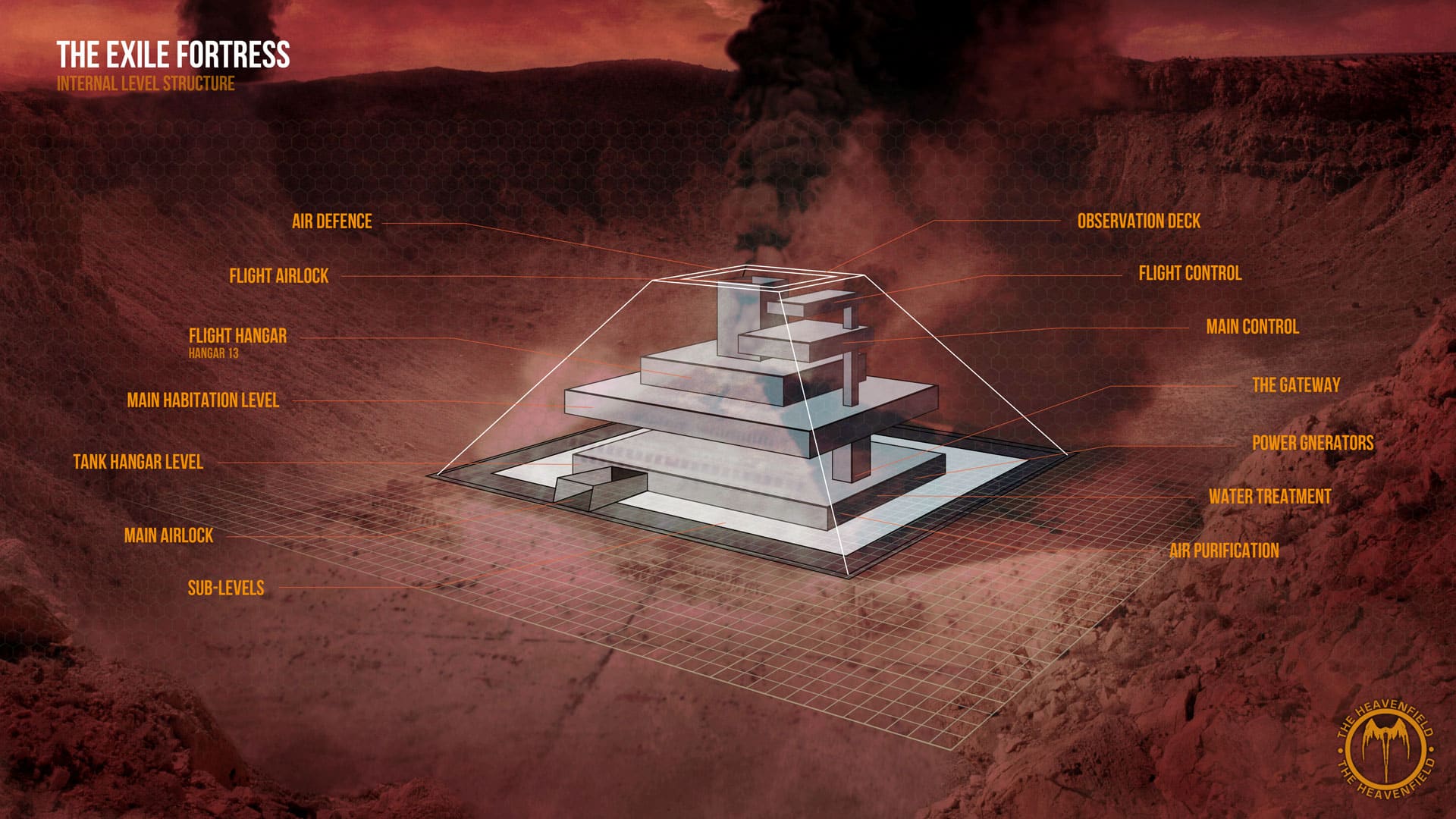 Sectional view of the Fortress showing the main levels.