Into the Fire – Episode 03 Out Now 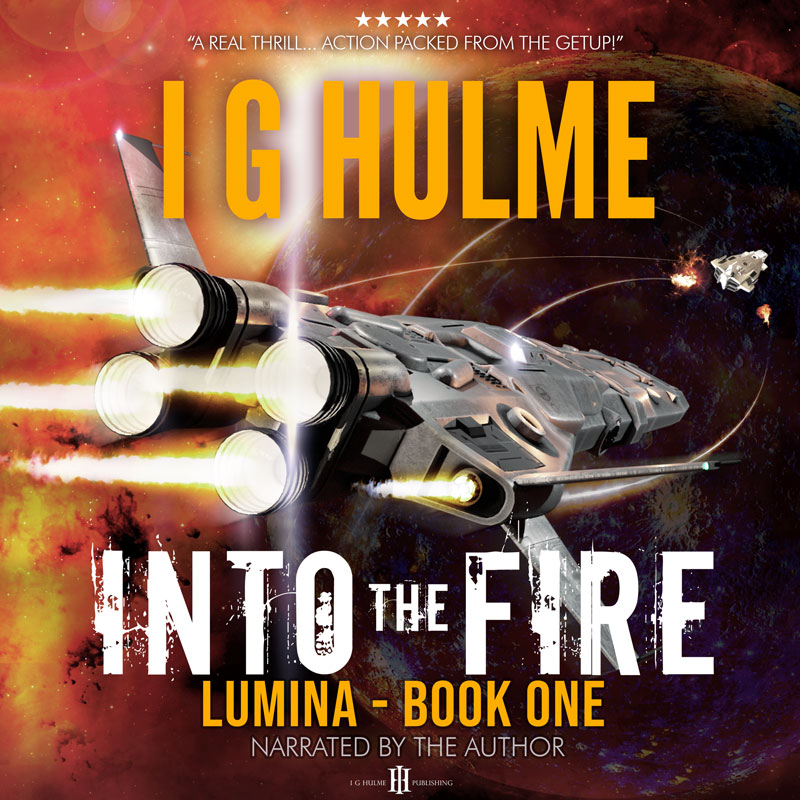 A new episode of INTO THE FIRE is now available to all Patrons!

Previously... Ryann is eager to take the new Raven X-10 out for its first flight, but his father is delayed in Islanotis Station City-7.

But as Ryann waits impatiently for his father's return, the station comes under a surprise attack from a Luminal battleship.

In an audacious move, Ryann manages to flee the station, but is knocked unconscious as his ship exits the launch tunnel...

After the summer's weirdness, I think I'm finally starting to get back on track.

Writing is going well on the third LUMINA book, and I hope to have it released in the next month or so.

I've also managed to get back into editing the audiobooks that I began recording just before the outbreak. Now that my little daughter is able to play out and about with her friends I'm getting much more distraction-free time to get my creative head back on.

So, I've now put the latest episode of the INTO THE FIRE STORY online, available to all Patrons in an exclusive early release. This is the third chapter of eight, and I'm hoping to get back to my regular Monday release schedule.

I'm feeling all fired up, ready to get lots done, so I'm looking forward to getting you some more releases in the near-future.

I hope you enjoy this episode!

You can listen to INTO THE FIRE HERE here: