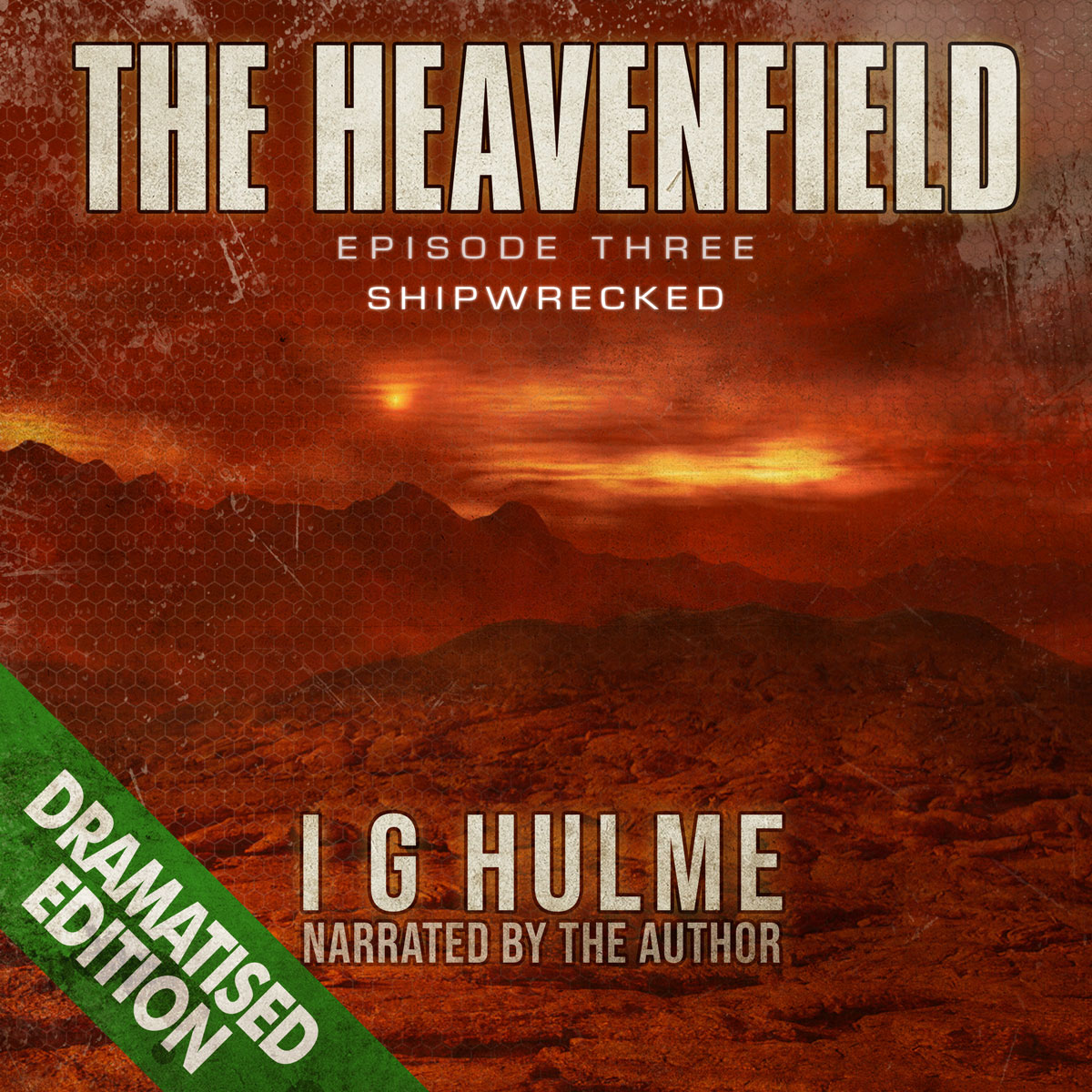 Episode Three of the audiobook is now available to all Patrons!

The third episode of THE HEAVENFIELD, Dramatised Edition is now available to all Patrons.

Previously... Grace Palmer's suspicions prove correct, as she finds proof of foul play in Pattie's medical records, and determines to cut short the expedition into the Heavenfield.

But the Accelerator Array brings back only one body – Pattie's. Her contact with the atmosphere in the Heavenfield has had disastrous consequences. With her death, the fantastic landscape has reduced to dust and a howling sandstorm engulfs the four remaining team members. But the storm also heralds the arrival of a terrifying entity – some devil-like creature. Saul Davisson and Gary Starling flee into the dust clouds, running direction-less until they fall from exhaustion.

As the scientists at the Maunsworth Research Facility prepare again for the return of the team, an act of sabotage by Dan Earl leads to an explosion within the Accelerator Array that could strand the team in the Heavenfield...

All Patrons can download and listen to the latest audiobook episodes in an exclusive early release.