Episode Five of the audiobook is now available to all Patrons!

The fifth episode of THE HEAVENFIELD, Dramatised Edition is now available to all Patrons.

The expedition team are forced to return to base camp to replenish their oxygen supplies, but there is still no contact with home, and they hole up back in the cave to escape the constant dust storm.

Alex regrets leaving the case on his flight, and contacts Dragor Millovich, only to find that they have been set up by Gutteridge and Speers. The plane Alex was supposed to taken has crashed in suspicious circumstances, and the rest of his group is dead. Alex and Dragor decide to meet up, but Alex is beset by visions, apparently from his exposure to the Heavenfield.

Meanwhile, Grace Palmer and her team head back down into the Maunsworth Research Facility, ready to repair the damaged Accelerator Array and bring back the stricken expedition team... 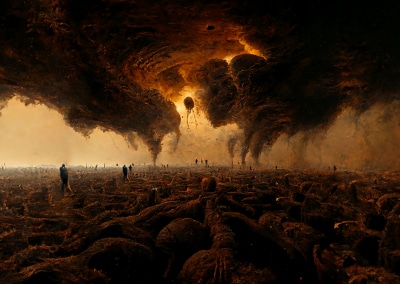